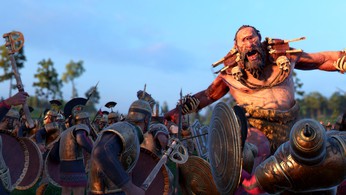 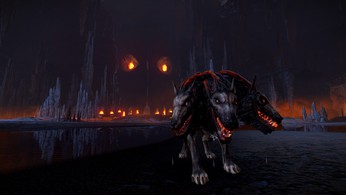 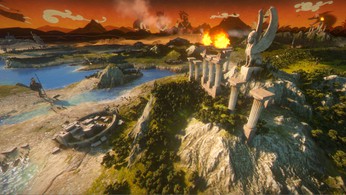 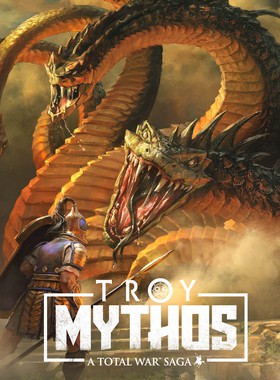 The battle for Troy cannot be waged by man alone. In this big, bold Expansion Pack, recruit monsters and creatures of myth to fight at your side, turning the tide of war on new fantastical battlefields and a refreshed campaign map.  Find the Cerberus – a vicious beast guarding the abyss – the Griffin – a winged master of the skies – and the Hydra – a nine-headed serpent spreading poison and madness. Harness their power and experience true myth to decide the fate of Troy once and for all.

Embark on grand expeditions in search of the Cerberus, Hydra or Griffin! Harness their powers in war, take them into Campaign and recruit their unique monstrous units. Conquer your enemies with the help of mythical creatures such as swift Centaurs, fiendish Harpies and the earth-shaking Cyclops. Marvel at the beautiful environments of the Mediterranean, now steeped in myth. Please the Gods and gain fantastical new battle abilities, such as Zeus' Thunderbolt.

Where can I buy a A Total War Saga: TROY - Mythos Key?

With GameGator, you are able to compare 9 deals across 7 verified and trusted stores to find the cheapest A Total War Saga: TROY - Mythos Key for a fair price. All stores currently listed have to undergo very specific testing to ensure that customer support, game deliveries, and the game keys themselves are of the highest quality. To sweeten the deal, we offer you 2 specific discount codes, which you will not be able to find anywhere else. This allows us to beat all competitor prices and provide you with the cheapest, most trustworthy deals. If the current cheapest price of $20.39 for A Total War Saga: TROY - Mythos is too high, create a price alert and we will alert you through email, SMS, or discord the moment the A Total War Saga: TROY - Mythos price matches your budget.

Can I play A Total War Saga: TROY - Mythos immediately after the purchase?

What store should I choose for the best A Total War Saga: TROY - Mythos Deal?