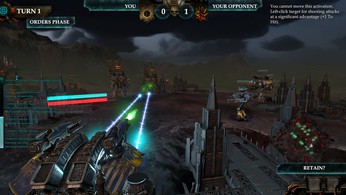 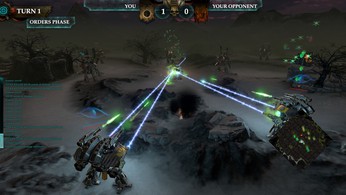 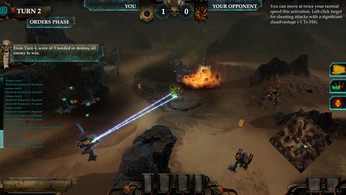 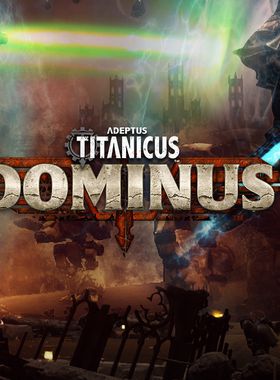 Utilising the tabletop Titan Legions rules system as its foundation, Dominus features an easy-to-play yet deep strategic and tactical experience via its streamlined command system, which sees you and your opponent giving activation orders to your Titans, resulting in fast-paced battles. It successfully marries this strategic play with action sequences as the gargantuan Titans exchange volleys of cannon shots, blistering laser blasts and other epic, super-powered weapons of the far off future!

Where can I buy a Adeptus Titanicus: Dominus Key?

With GameGator, you are able to compare 2 deals across verified and trusted stores to find the cheapest Adeptus Titanicus: Dominus Key for a fair price. All stores currently listed have to undergo very specific testing to ensure that customer support, game deliveries, and the game keys themselves are of the highest quality. To sweeten the deal, we offer you specific discount codes, which you will not be able to find anywhere else. This allows us to beat all competitor prices and provide you with the cheapest, most trustworthy deals. If the current cheapest price of $85.41 for Adeptus Titanicus: Dominus is too high, create a price alert and we will alert you through email, SMS, or discord the moment the Adeptus Titanicus: Dominus price matches your budget.

Can I play Adeptus Titanicus: Dominus immediately after the purchase?

What store should I choose for the best Adeptus Titanicus: Dominus Deal?