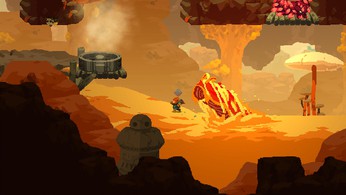 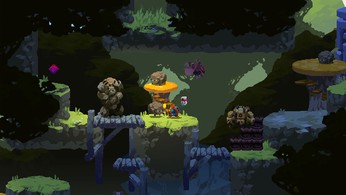 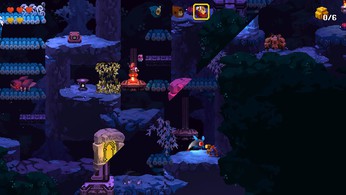 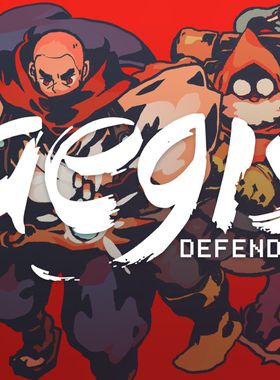 Humanity has been brought back into the dark ages, but remnants of a once highly advanced civilization still exist.

In a world where control over ancient technologies means power, a ruthless Empire has arisen. You play as a team of Ruinhunters searching for the one thing that can save their village - a legendary weapon known as Aegis.

Discover the world of Elam, a beautiful yet dangerous place lost to time. Brimming with dangerous beasts, forgotten ruins, and powerful relics, Elam is brought to life with uniquely handpainted pixel art style.

Level up your items and weapons in the shop to take in bigger and badder enemies.

Adjust your strategy on the fly with the "Fusion Build" system. Try fusing different combinations of items together to change your defensive setup.

Fight off enemies from all sides - but you wont have to do it alone. With Dynamic Character Swapping youll need to switch between multiple characters on the battlefield, position your characters carefully, and utilize their passive abilities effectively to survive.

Various Tower Defense Scenarios - Defending one point can be hard enough but thats just the beginning. As the game progresses, youll need to defend moving targets, targets that have dynamic abilities like activating doors/weapons, and even targets that dont want to be protected...

Play through the game in either single-player or split-screen coop.

Build blocks, turrets, and traps to defend an area from hordes of enemies in our Tower-Defense inspired combat.

Learn the secrets of the ancients and the origin of an empire in our extensive story mode.

Where can I buy a Aegis Defenders Key?

With GameGator, you are able to compare 19 deals across verified and trusted stores to find the cheapest Aegis Defenders Key for a fair price. All stores currently listed have to undergo very specific testing to ensure that customer support, game deliveries, and the game keys themselves are of the highest quality. To sweeten the deal, we offer you specific discount codes, which you will not be able to find anywhere else. This allows us to beat all competitor prices and provide you with the cheapest, most trustworthy deals. If the current cheapest price of $1.03 for Aegis Defenders is too high, create a price alert and we will alert you through email, SMS, or discord the moment the Aegis Defenders price matches your budget.

Can I play Aegis Defenders immediately after the purchase?

What store should I choose for the best Aegis Defenders Deal?