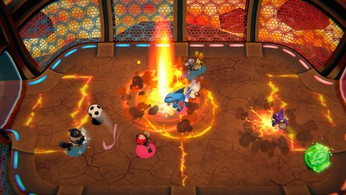 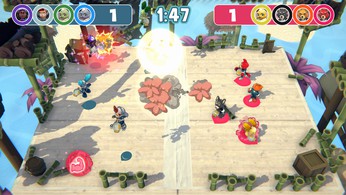 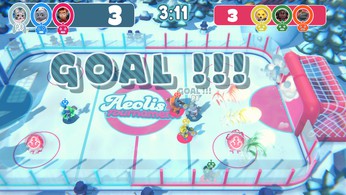 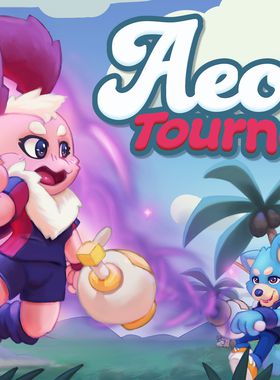 Aeolis Tournament is a 3D party action game where up to 8 players compete in various game modes based on a simple one-button mechanic. Characters use an air cannon to control the power of the wind and affect their surroundings. It features physics-based gameplay, a tournament mode and local and online multiplayer play.

The core of the gameplay is based on a simple one-button mechanic. Characters hold an air cannon that allows them to vacuum air in and release it as a blast. It can be used in various ways: pushing an opponent, grabbing, holding and throwing items as projectiles, navigating on slippery surfaces by giving yourself a push, etc...

That mechanic is creatively used in each game mode and helped design games with a fresh feel despite being relatively familiar premises. It adds a depth layer to seemingly simple games.

Meant as a friendly competitive experience, everyone will be able to enjoy themselves playing Aeolis Tournament. However, skills matter. Games are skill-based, varied and deep enough so that while the main mechanic is shared between each modes, the skills and strategy required are wildly different. Team game modes even add some cooperation elements to the mix!

Where can I buy a Aeolis Tournament Key?

With GameGator, you are able to compare 9 deals across verified and trusted stores to find the cheapest Aeolis Tournament Key for a fair price. All stores currently listed have to undergo very specific testing to ensure that customer support, game deliveries, and the game keys themselves are of the highest quality. To sweeten the deal, we offer you specific discount codes, which you will not be able to find anywhere else. This allows us to beat all competitor prices and provide you with the cheapest, most trustworthy deals. If the current cheapest price of $2.61 for Aeolis Tournament is too high, create a price alert and we will alert you through email, SMS, or discord the moment the Aeolis Tournament price matches your budget.

Can I play Aeolis Tournament immediately after the purchase?

What store should I choose for the best Aeolis Tournament Deal?