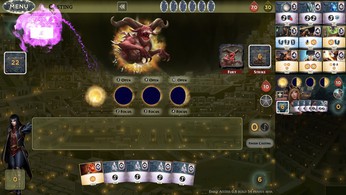 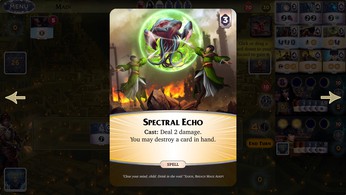 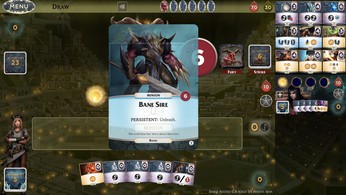 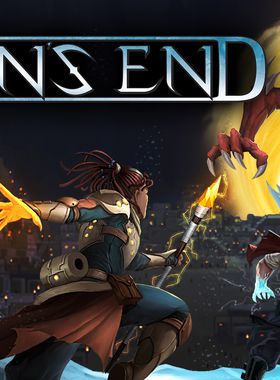 Randomized turn order, no shuffling, and multiple win and loss conditions make this a deck building experience like no other! The situation is bleak. The final city - Gravehold - needs the power of the breach mages to hold back the Nameless. Join the fight, and maybe… just maybe, Gravehold will live to see another dawn.

Aeon's End is a deck-building game where you create a team of up to 4 mages who will fight cooperatively to defeat whichever Nameless nemesis has come through the breach today. You begin with a starting deck of 10 cards, 5 in hand. Each turn you play gems to gain aether, which is used to buy new gems and relics, learn new spells, and increase your casting potential by opening additional breaches. You can also play relics to give yourself or your allies a boost. Then prep spells to your opened or focused breaches to be ready to cast them on your subsequent turns.

What makes Aeon's End unique is how it uses randomness. Unlike other deck building games, players do not shuffle their deck when it runs out. The order in which you discard is preserved so plan your discards carefully to set yourself up for subsequent turns.

Instead, randomness in Aeon's End comes in the order of turns. At the start of each round, the turn order deck is shuffled to determine the order of play. Will the nemesis go twice in a row, pushing back the mages' defense? Will the mages get 4 turns in a row to set up for the coming onslaught? It can be hard to know what's coming next when you are deep in the melee!

Where can I buy a Aeon's End Key?

With GameGator, you are able to compare deals across verified and trusted stores to find the cheapest Aeon's End Key for a fair price. All stores currently listed have to undergo very specific testing to ensure that customer support, game deliveries, and the game keys themselves are of the highest quality. To sweeten the deal, we offer you specific discount codes, which you will not be able to find anywhere else. This allows us to beat all competitor prices and provide you with the cheapest, most trustworthy deals. If the current cheapest price of $15.30 for Aeon's End is too high, create a price alert and we will alert you through email, SMS, or discord the moment the Aeon's End price matches your budget.

Can I play Aeon's End immediately after the purchase?

What store should I choose for the best Aeon's End Deal?