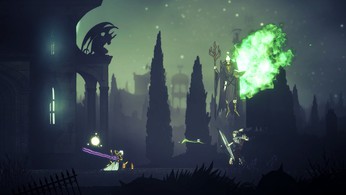 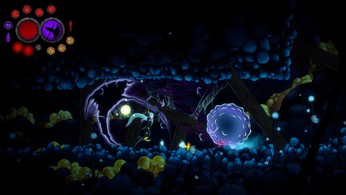 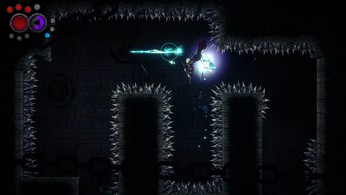 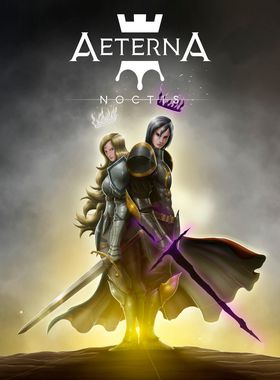 Chaos, supreme god, creator of the Universe and all its inhabits, decided at one point in his creation to make the world of Aeterna. He populated it with different races and appointed wise rulers to show the way. Before long, these beings turned against their creator, grouping into two large groups and giving rise to war, death, and hatred. This angered Chaos who, in his infinite immortality, took it as an insult to his magnificence and cast a terrible curse on the kings of both factions. He named them King of Darkness and Queen of Light and condemned them to fight each other until the end of days. Cursed, even death could not free them from their destiny since, even if they defeated their opponent, Chaos granted them the Gift of Immortality and they were reborn again to regain their power and continue their eternal war.

Difficulty level - Aeterna Noctis is a game with a challenging but fair difficulty from the first level, which increases progressively as the player gets more experienced with the controls and unlocks new skills. The gameplay is always keeping you alert but making you feel proud after each challenge is completed.

Fluid gameplay mechanics - The game has been designed and polished until achieving a system that responds to 100% of the actions regardless of the speed and conditions in which they are executed, giving the player a feeling of satisfaction and total control over the character in any situation.

High mobility - Level design is intuitive and allows to exploit the movement controls of the character, opening multiple ways to overcome each challenge and allowing skilled players to improve their zone completion times.

A beautiful and deep story - Aeterna Noctis gameplay is built around an original, deep and emotional story with epic moments and unexpected twists that will captivate even the most experienced players.

Traditional 2D Art - The Art Department of Aeterna Noctis has designed frame by frame through traditional illustration techniques, each and every one of the animations, assets, and environmental details of the game, giving life to beautiful and fluid movements with absolute passion and dedication.

Freedom of choice - Aeterna Noctis has a non-linear map divided into 16 different and connected areas in a classic Metroidvania way. Although the main story has a defined path, developers want the players to set their own pace and being able to travel this huge world in multiple different ways.

More than 46 music tracks - The OST of Aeterna Noctis will have dozens of unique themes. Once the game is available, the OST will be released with special covers of the main songs as a Piano Collection.

Where can I buy a Aeterna Noctis Key?

With GameGator, you are able to compare 6 deals across verified and trusted stores to find the cheapest Aeterna Noctis Key for a fair price. All stores currently listed have to undergo very specific testing to ensure that customer support, game deliveries, and the game keys themselves are of the highest quality. To sweeten the deal, we offer you specific discount codes, which you will not be able to find anywhere else. This allows us to beat all competitor prices and provide you with the cheapest, most trustworthy deals. If the current cheapest price of $18.77 for Aeterna Noctis is too high, create a price alert and we will alert you through email, SMS, or discord the moment the Aeterna Noctis price matches your budget.

Can I play Aeterna Noctis immediately after the purchase?

What store should I choose for the best Aeterna Noctis Deal?