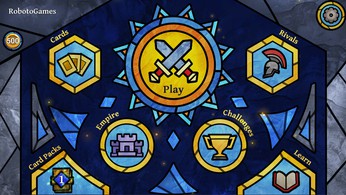 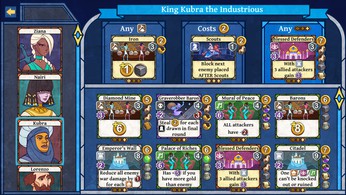 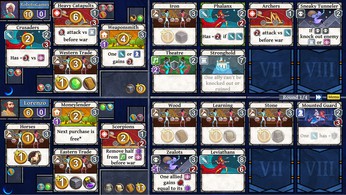 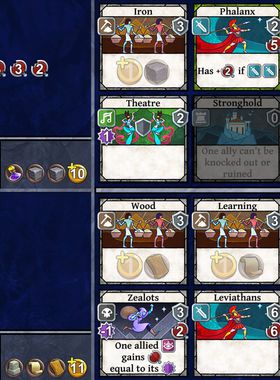 About Age of Rivals

You know those games where you spend 10 hours building up a huge civilization with a carefully balanced economy, military, culture and defense so you can prove that you are the greatest ruler ever? Age of Rivals is like a 10 minute version of that. With cards.

There are many paths to victory in this competitive card drafting game featuring 12 unique characters and hundreds of cards ranging from great pyramids and war elephants to sneaky spies and crafty merchants.

Age of Rivals was inspired by boardgames like 7 Wonders and Dominion and CCGs like Hearthstone. We designed it to be ideal for 2 players to play in 10 minutes, and we emphasized depth and replayability.

And unlike many CCGs, all cards unlock at a constant pace, and you never get duplicate cards you dont need. There are no in-app purchases.

Having only minimal control over your deck encourages endless variety in each game and puts the focus on in-the-moment tactical decision-making. You may go heavily offensive one game with an arsenal of war machines and in the next game find yourself emphasizing artistic achievement and burglary. It's all about trying to put together clever card combinations to counter what you think your opponent might do.

Where can I buy a Age of Rivals Key?

With GameGator, you are able to compare 3 deals across verified and trusted stores to find the cheapest Age of Rivals Key for a fair price. All stores currently listed have to undergo very specific testing to ensure that customer support, game deliveries, and the game keys themselves are of the highest quality. To sweeten the deal, we offer you specific discount codes, which you will not be able to find anywhere else. This allows us to beat all competitor prices and provide you with the cheapest, most trustworthy deals. If the current cheapest price of $8.99 for Age of Rivals is too high, create a price alert and we will alert you through email, SMS, or discord the moment the Age of Rivals price matches your budget.

Can I play Age of Rivals immediately after the purchase?

What store should I choose for the best Age of Rivals Deal?