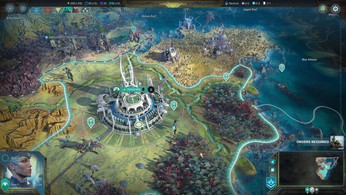 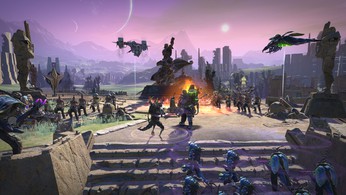 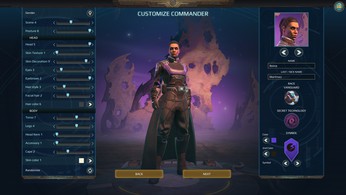 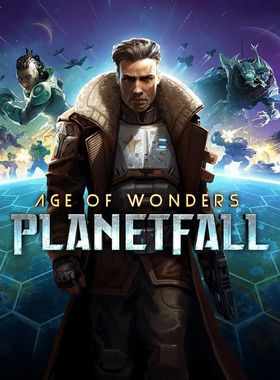 About Age of Wonders: Planetfall

Age of Wonders: Planetfall is the new strategy game of Triumph Studios, the creators of the acclaimed Age of Wonders and Overlord series. Experience exciting, sophisticated turn-based tactical battles and the creation of an entire 4X-style empire in a brand new sci-fi environment on another planet.

Rise from the dark cosmic age of a fallen galactic empire to offer a new future to your people. Explore the planetary ruins and uncover the past of a doomed civilization. You will encounter other factions that have survived and evolved in their way. Fight, build, negotiate, and drive technological progress towards utopia. Complete an in-depth single-player campaign, play on random maps, and compete against friends in multiplayer mode.

You lead one of six unique factions from a cosmic age of darkness and the ruins of a galactic empire into the future. Almost anything is possible - from militant vanguards to dinosaur-riding amazons and cyborg zombies. Each faction has its missions that players can solve using their wits, military strength, or diplomacy as they explore ancient ruins, meet survivors, and explore the history of a lost civilization. Fight, build, negotiate and advance to survive in the single-player campaign, the random battlegrounds, or in the fight against your friends. The gameplay is very varied: particularly courageous close combat provides you with additional moves, while certain defensive measures paralyse an opponent without killing him, and a satellite strike with Pyrx missiles destroys absolutely everything - even the surroundings of the future world.

Where can I buy a Age of Wonders: Planetfall Key?

With GameGator, you are able to compare 74 deals across verified and trusted stores to find the cheapest Age of Wonders: Planetfall Key for a fair price. All stores currently listed have to undergo very specific testing to ensure that customer support, game deliveries, and the game keys themselves are of the highest quality. To sweeten the deal, we offer you specific discount codes, which you will not be able to find anywhere else. This allows us to beat all competitor prices and provide you with the cheapest, most trustworthy deals. If the current cheapest price of $1.63 for Age of Wonders: Planetfall is too high, create a price alert and we will alert you through email, SMS, or discord the moment the Age of Wonders: Planetfall price matches your budget.

Can I play Age of Wonders: Planetfall immediately after the purchase?

What store should I choose for the best Age of Wonders: Planetfall Deal?