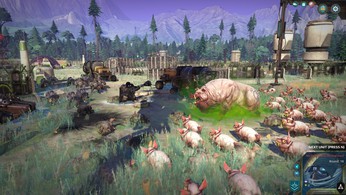 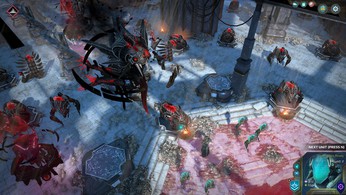 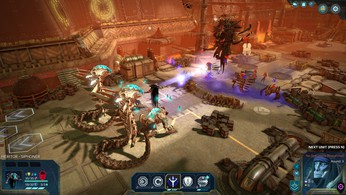 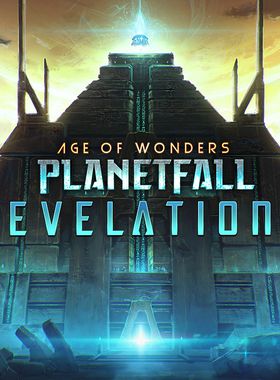 About Age of Wonders: Planetfall - Revelations

Revelations sets in motion the return of the entombed Es'Teq dynasty, whose Heritor descendants aim to use ancient technology and reincarnate billions of followers across the galaxy, establishing divine rule. The Heritor wield strong Entropy weapons that are effective against machines and can awaken ancient Es'Teq minds. Claim ancient secrets or succumb to their power in a new campaign with tactical combat and in-depth empire building. Explore 30+ mysterious sites filled with traps and powerful enemies to reap unique rewards and uncover great secrets. Encounter unique choices based on each faction or Secret Technology. Experience the awakening of the Es'teq dynasty and the rise of their Heritor descendants with 10+ hours of new content across two campaigns.

Use ancient Heritor technology to drain the essence of enemies, fueling the opportunity to use powerful abilities, create strong Entropy weapons, and summon new units.Challenge yourself to complete this deadly new Scenario, where Heritor enemies create an onslaught of destruction. This scenario also includes a new multiplayer questline to allow more players to join in on the action. Broken, insane, or otherwise unfit for Heritor's utopian society, The Forgotten were never meant to be resurrected.  Reapers are robotic assassins created long ago to destroy those who were friendly to the Heritor cause, but now hunt all who walk the planet. Equally deadly are the Megasow and Piglets, bio-engineered wildlife gone rabid after the fall of the Star Union, which will devour anything in sight.

Visit an Essence Gash or Es'Teq Well locations to supply new combat effects or abilities to your units. The Holopad pickup provides diplomatic rewards and additional influence over allies and enemies. Take over Imperial Defenses like the new Soul Beacon, Cluster Mine Launcher, or Firestorm Missile Silo to aid in combat.

Where can I buy a Age of Wonders: Planetfall - Revelations Key?

With GameGator, you are able to compare 16 deals across verified and trusted stores to find the cheapest Age of Wonders: Planetfall - Revelations Key for a fair price. All stores currently listed have to undergo very specific testing to ensure that customer support, game deliveries, and the game keys themselves are of the highest quality. To sweeten the deal, we offer you specific discount codes, which you will not be able to find anywhere else. This allows us to beat all competitor prices and provide you with the cheapest, most trustworthy deals. If the current cheapest price of $1.96 for Age of Wonders: Planetfall - Revelations is too high, create a price alert and we will alert you through email, SMS, or discord the moment the Age of Wonders: Planetfall - Revelations price matches your budget.

Can I play Age of Wonders: Planetfall - Revelations immediately after the purchase?

What store should I choose for the best Age of Wonders: Planetfall - Revelations Deal?