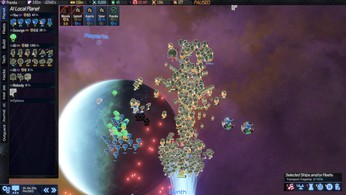 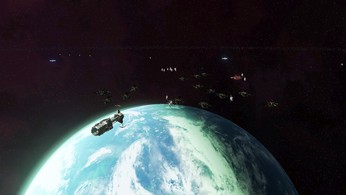 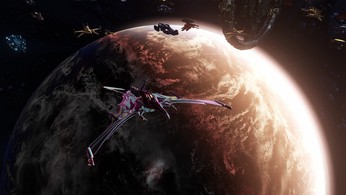 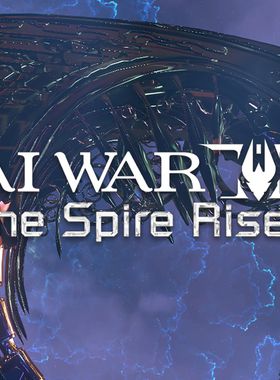 About AI War 2: The Spire Rises

In addition to some new capturables, turrets, and other ships that are available in any game once this expansion is installed, there are two major new factions. The Scourge is your greatest foe, the smartest and most dangerous sub-group of the AI. The Fallen Spire is your greatest ally, providing you with unprecedented firepower.

You can use both factions, either, or neither in your campaigns as you wish. Thanks to lobby customization options, you can even force the Scourge to be your ally against other foes, if you prefer. The Scourge are an optional faction that can be enabled via the lobby, or by activating a beacon in any game.

The AI felt a need for a subsidiary force to wipe out small annoyances, and not need to bother its main Processors with petty things. The AI took various races they have conquered in the Arcenverse, twisted them by genetic engineering, and fused them into a new and powerful force to crush its foes. The primary races the Scourge use are the Thoraxians, the Peltians, the Neinzul, the Evucks, the Burlusts… and even Spire. The Fallen Spire are an optional faction that can be enabled via the lobby, or by activating a beacon in any game.

Where can I buy a AI War 2: The Spire Rises Key?

With GameGator, you are able to compare 3 deals across verified and trusted stores to find the cheapest AI War 2: The Spire Rises Key for a fair price. All stores currently listed have to undergo very specific testing to ensure that customer support, game deliveries, and the game keys themselves are of the highest quality. To sweeten the deal, we offer you specific discount codes, which you will not be able to find anywhere else. This allows us to beat all competitor prices and provide you with the cheapest, most trustworthy deals. If the current cheapest price of $2.47 for AI War 2: The Spire Rises is too high, create a price alert and we will alert you through email, SMS, or discord the moment the AI War 2: The Spire Rises price matches your budget.

Can I play AI War 2: The Spire Rises immediately after the purchase?

What store should I choose for the best AI War 2: The Spire Rises Deal?