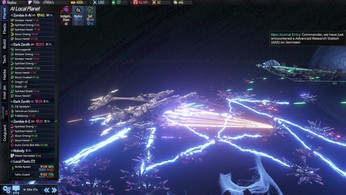 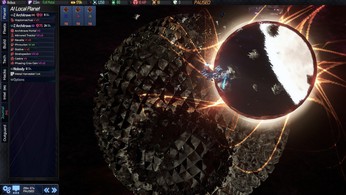 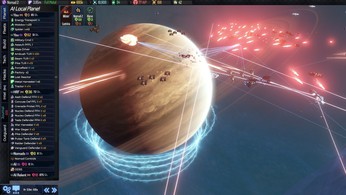 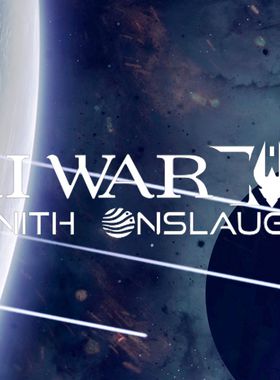 In this universe, the Zenith are long dead; only the mindless automatons called Golems are left behind, toiling away millennia after the fall of their civilization. But what of other universes? A universe where the Zenith still live would not likely be one in which humans could have flourished and taken to the stars. Multiverse theory has been around for hundreds of years, since back on Old Earth. It had never been tested.

Then one day in the middle of our war with the AI, the first of an oncoming horde of Zenith came through from a neighboring universe. To them this was a post-apocalyptic starscape littered with the corpses of their kin. These are Zenith in their prime, confused as to the state of affairs in our galaxy, and not exactly pleased with their findings.

Zenith Onslaught is the second expansion for AI War 2. It's focused on making the galaxy feel rich and complex and changeable in new ways. It primarily provides Zenith-based factions that have their own agendas independent of humanity, unlike The Spire Rises, where all the factions were much more interested in the player (for good or ill).

Where can I buy a AI War 2: Zenith Onslaught Key?

With GameGator, you are able to compare 5 deals across 5 verified and trusted stores to find the cheapest AI War 2: Zenith Onslaught Key for a fair price. All stores currently listed have to undergo very specific testing to ensure that customer support, game deliveries, and the game keys themselves are of the highest quality. To sweeten the deal, we offer you specific discount codes, which you will not be able to find anywhere else. This allows us to beat all competitor prices and provide you with the cheapest, most trustworthy deals. If the current cheapest price of $7.56 for AI War 2: Zenith Onslaught is too high, create a price alert and we will alert you through email, SMS, or discord the moment the AI War 2: Zenith Onslaught price matches your budget.

Can I play AI War 2: Zenith Onslaught immediately after the purchase?

What store should I choose for the best AI War 2: Zenith Onslaught Deal?