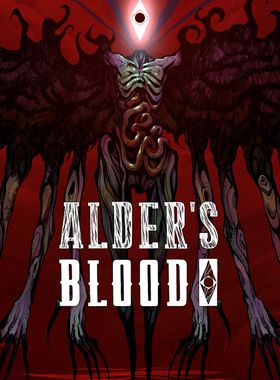 God is dead, and it was us - who killed him. Without God - the world became twisted and has fallen into chaos. Malevolent essense bleeding from his dead carcass, gives birth to inhuman abominations that roam the land - hunting and devouring anything human. But the God's death has also sprouted new kind of life: The Hunters. They look like humans, but they are not. They are so much less, and so much more. The meaning of their life is to vanquish the ever growing Darkness and to protect humanity - at all cost.

Each clan of Hunters has their Chief. You play as one of them. As the Chief - you manage your clan's camping, shifts, equipment, resources, crafting, trading, travels and most important - the Hunt. Hunts are main source of field experience for Hunters under your lead, and reward for a successful Hunt - your funding. Extremely difficult and dangerous, as the spawns of Darkness takes various shapes - each one more deadlier than the other. On a Hunt, there is no place for blind bravery or brute force - those will only lead to your end. Instead, the key tactics are stealth, paying attention from where the wind blows, traps, ambushes and swift, accurate strikes. There is no room for mistakes and each - is being paid with life and blood.

Only carefully threading your actions, strategies and wise management of your scarce resources - does give you a chance of survival. Then something happened. An old friend, but with a stranger's face. Blind eyes, that saw something they weren't supposed to. Silence, replaced by whispers. Whispers, replaced by screams. And the curtain of this wounded world... is about to fall.

Where can I buy a Alder's Blood Key?

With GameGator, you are able to compare 14 deals across 11 verified and trusted stores to find the cheapest Alder's Blood Key for a fair price. All stores currently listed have to undergo very specific testing to ensure that customer support, game deliveries, and the game keys themselves are of the highest quality. To sweeten the deal, we offer you 4 specific discount codes, which you will not be able to find anywhere else. This allows us to beat all competitor prices and provide you with the cheapest, most trustworthy deals. If the current cheapest price of $10.84 for Alder's Blood is too high, create a price alert and we will alert you through email, SMS, or discord the moment the Alder's Blood price matches your budget.

Can I play Alder's Blood immediately after the purchase?

What store should I choose for the best Alder's Blood Deal?