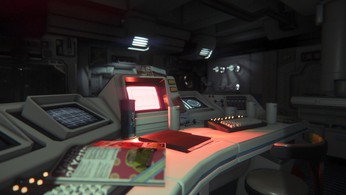 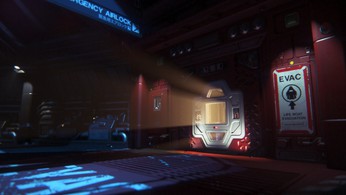 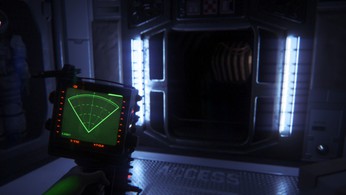 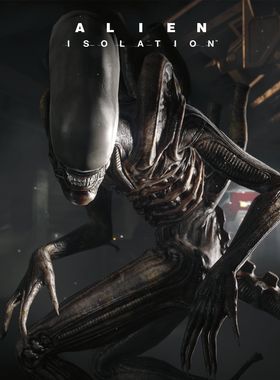 Survive an everlasting deadly threat and discover the true meaning of fear. Alien: Isolation is a survival horror game set in an atmosphere of constant threat and danger. Almost 15 years after the events of the film Alien, the flight recorder of the Nostromo reappears and is brought to the Sevastopol space station. Reason enough for Ellen Ripley's daughter Amanda to set off for the space station to find her mysteriously missing mother. But as soon as she arrives there, it becomes clear that pure anarchy has broken out on Sevastopol. In the course of the game, Amanda gets into a desperate fight for survival.

The need to hide from the alien combined with the extremely dense atmosphere of the game, provides an extremely gripping and nerve-racking experience. Lovers of the Alien movie will find conversations oriented closely to the films, while being thrown into an atmosphere of constant danger - with an unpredictable and ruthless den-morph killing in the shadows. Outnumbered and unprepared, you have to economise with the available resources, improvised and adapt - not just to successfully complete a mission, but simply to survive.

Hack into systems, use vital resources, and build your own items to deal with the situation. Do you bypass your enemies, distract them, or attack them face to face? Dive into the detailed environment of Sevastopol, a former trading post on the edge of space. Meet its many inhabitants in a world filled with fear and mistrust.

Where can I buy a Alien: Isolation Nostromo Edition Key?

With GameGator, you are able to compare 7 deals across verified and trusted stores to find the cheapest Alien: Isolation Key for a fair price. All stores currently listed have to undergo very specific testing to ensure that customer support, game deliveries, and the game keys themselves are of the highest quality. To sweeten the deal, we offer you specific discount codes, which you will not be able to find anywhere else. This allows us to beat all competitor prices and provide you with the cheapest, most trustworthy deals. If the current cheapest price of $10.75 for Alien: Isolation is too high, create a price alert and we will alert you through email, SMS, or discord the moment the Alien: Isolation price matches your budget.

Can I play Alien: Isolation Nostromo Edition immediately after the purchase?

What store should I choose for the best Alien: Isolation Nostromo Edition Deal?

There are many details that you might want to go through before settling on the deal of your choosing. If you are looking for a special Edition, such as Nostromo Edition or Ripley Edition, you can select these in our menu. When it comes to the actual stores, we made sure that you will never get overcharged/neglected. As we care about your satisfaction, we like to ensure that all deals are legitimate, reliable, and foolproof. On top of that, we make sure all stores affiliated with us have proper refund processes and guarantees and are backed by a competent team to ensure that absolutely nothing will go wrong.