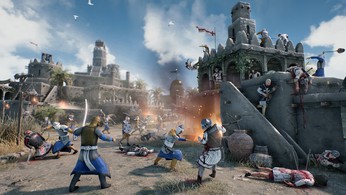 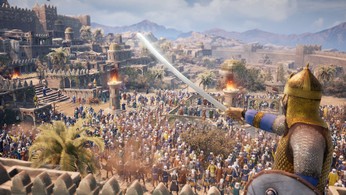 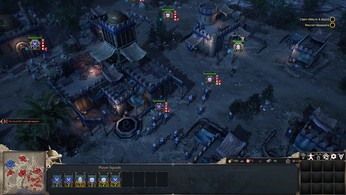 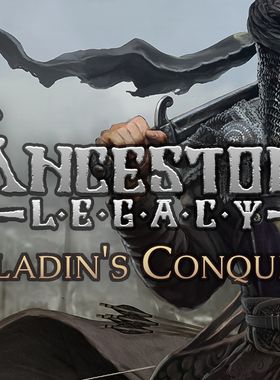 Take command of Saracen warriors in a brand-new single player campaign that will take you far from the battlefields of Europe. Follow another path of history and help Saladin protect his desert lands against the Crusaders. Unique new units will help you crush your enemies in 5 story-based missions and on 3 new maps for multiplayer and skirmish mode.

In the 'Saladin's Conquest' campaign, players will experience the story of the greatest Sultan of Egypt and Syria, the founder of the Ayyubid dynasty – Salah ad-Din, who crossed the border to the Kingdom of Jerusalem in 1187 with the largest army he had ever commanded. As Saladin, with his prominent generals Gökböri and Abdullah, players will have the opportunity to defeat the great army of the Kingdom of Jerusalem at the Horns of Hattin. Conquer the most essential strongholds of the Levant and take part in the siege of Jerusalem. New and unique units:Hassassins – five-man melee squads with the unique ability of Camouflage. Using camouflage makes them invisible to the enemy until they get really close. Their second unique skill is Explosive Traps. After placing a trap down, it will explode after 10 seconds, damaging both buildings and men, whether friendly or not.

Where can I buy a Ancestors Legacy - Saladin's Conquest Key?

With GameGator, you are able to compare 14 deals across verified and trusted stores to find the cheapest Ancestors Legacy - Saladin's Conquest Key for a fair price. All stores currently listed have to undergo very specific testing to ensure that customer support, game deliveries, and the game keys themselves are of the highest quality. To sweeten the deal, we offer you specific discount codes, which you will not be able to find anywhere else. This allows us to beat all competitor prices and provide you with the cheapest, most trustworthy deals. If the current cheapest price of $1.26 for Ancestors Legacy - Saladin's Conquest is too high, create a price alert and we will alert you through email, SMS, or discord the moment the Ancestors Legacy - Saladin's Conquest price matches your budget.

Can I play Ancestors Legacy - Saladin's Conquest immediately after the purchase?

What store should I choose for the best Ancestors Legacy - Saladin's Conquest Deal?