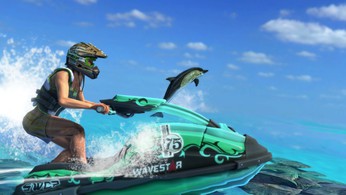 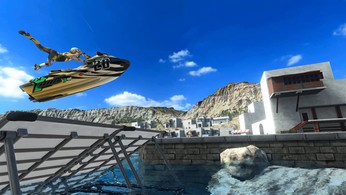 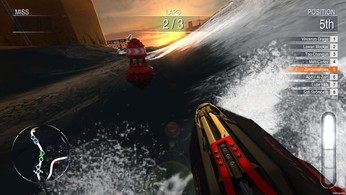 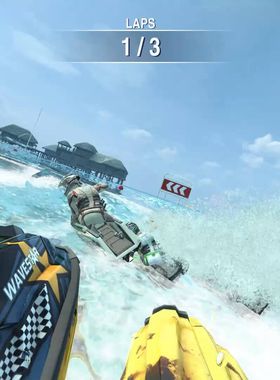 Aqua Moto Racing Utopia lets you create your your own unique avatar to show of online with its powerful creation tool, it also lets you design your own vehicle to stand out from the pack when you push past that last competitor to claim first place in a tight race.

Sharpen your riding skills to perfection in 10 different beautiful environments with different weather and lighting conditions. Learn when to, and not to, push that boost button to pass your competitors through calm water or through huge North Sea waves.

When it all blows over you ride your watercraft towards the setting sun in a perfect gaming Utopia!

Where can I buy a Aqua Moto Racing Utopia Key?

With GameGator, you are able to compare 2 deals across verified and trusted stores to find the cheapest Aqua Moto Racing Utopia Key for a fair price. All stores currently listed have to undergo very specific testing to ensure that customer support, game deliveries, and the game keys themselves are of the highest quality. To sweeten the deal, we offer you specific discount codes, which you will not be able to find anywhere else. This allows us to beat all competitor prices and provide you with the cheapest, most trustworthy deals. If the current cheapest price of $12.99 for Aqua Moto Racing Utopia is too high, create a price alert and we will alert you through email, SMS, or discord the moment the Aqua Moto Racing Utopia price matches your budget.

Can I play Aqua Moto Racing Utopia immediately after the purchase?

What store should I choose for the best Aqua Moto Racing Utopia Deal?