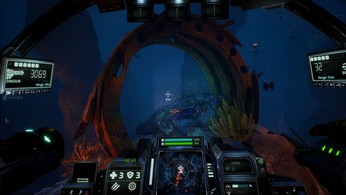 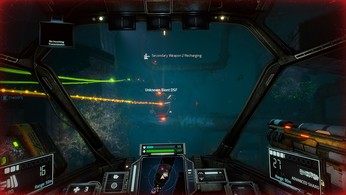 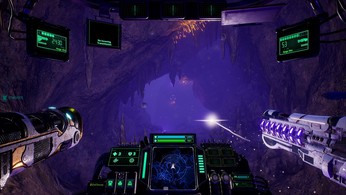 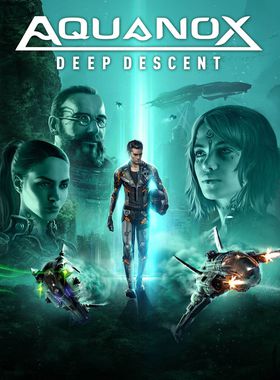 Aquanox Deep Descent is a first person underwater vehicle shooter, in which players control a variety of customizable ships to engage in fierce battles in the dystopian deep sea world of Aqua. In the near future the Earth's surface has become uninhabitable. What remains of humankind lives in former mining and research stations, deep below the surface of the sea. Born and raised in the only world we know, the loose network of underwater settlements, torn by the war for resources and dominance between various factions.

Take control of a team of highly trained fighter pilots and experience an epic story in the dark world of Aquanox. Send your enemies down to Davy Jones' Locker with well-aimed torpedoes, shrapnel blasts, mines and more in a journey that takes you across the world's oceans and into the deepest trenches of our Earth. Aquanox Deep Descent is a re-imagining of both the gameplay and world of the original AquaNox-series. The Aquanox-series has its roots in the game Archimedean Dynasty (German: Schleichfahrt), released in 1996, which was followed by AquaNox in 2001 and AquaNox 2: Revelation in 2003.

Where can I buy a Aquanox Deep Descent Key?

With GameGator, you are able to compare 39 deals across verified and trusted stores to find the cheapest Aquanox Deep Descent Key for a fair price. All stores currently listed have to undergo very specific testing to ensure that customer support, game deliveries, and the game keys themselves are of the highest quality. To sweeten the deal, we offer you specific discount codes, which you will not be able to find anywhere else. This allows us to beat all competitor prices and provide you with the cheapest, most trustworthy deals. If the current cheapest price of $3.32 for Aquanox Deep Descent is too high, create a price alert and we will alert you through email, SMS, or discord the moment the Aquanox Deep Descent price matches your budget.

Can I play Aquanox Deep Descent immediately after the purchase?

What store should I choose for the best Aquanox Deep Descent Deal?