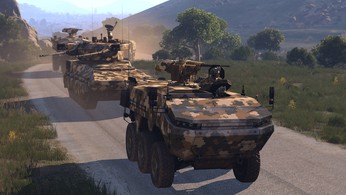 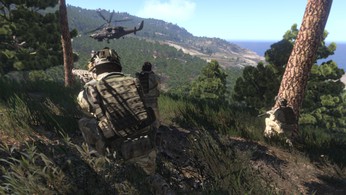 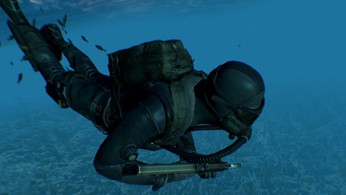 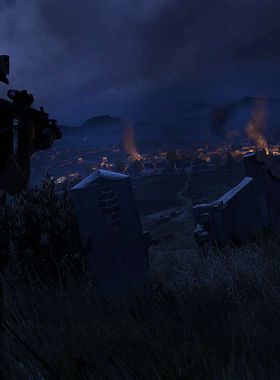 Experience real battle gameplay in a massive military sandbox. With an extensive selection of single and multiplayer content, over 20 vehicles, and 40 weapons, and endless content creation possibilities, Arma 3 is one of the most authentic, diverse, and open war simulations. Developer Bohemia Interactive is continuing its game series, which once started with the legendary Operation Flashpoint game. Arma 3 once again focuses on open-world environments, credibility, and reality.

The situation in Europe is serious. After years of war against armies from the east, NATO troops are on the verge of being overrun. Their last hope rests on the secret mission Operation Magnitude, in which a special unit and a group of researchers are sent to a Mediterranean island occupied by enemies. The mission, however, fails, and the player is left in the role of Captain Scott Miller as the only survivor on the island - he must continue the fight on his own.

The island of Altis is the true star of Arma 3, offering a 270 square kilometres large landscape with extremely detailed locations and numerous battle options. Choose the right weapon based on mission requirements. Will you be in close combat where you face the enemy directly, or take out your opponents from a distance? Will the attack take place during the day, or will it already be dark? Whether on sea, land, or in the air - Arma 3 offers a wide variety of vehicles. Fly low and fast with a helicopter, or whizz across the vast ocean in a speedboat. Create your own scenario with the powerful map editor, build mods that others can play, and join a creative community. Navigate the battlefield with fluid new animations and feel the devastating power of war with the improved sound engine, new Ragdoll simulations, and PhysX-supported vehicles.

Where can I buy a Arma 3 Anniversary Edition Key?

With GameGator, you are able to compare 11 deals across verified and trusted stores to find the cheapest Arma 3 Key for a fair price. All stores currently listed have to undergo very specific testing to ensure that customer support, game deliveries, and the game keys themselves are of the highest quality. To sweeten the deal, we offer you specific discount codes, which you will not be able to find anywhere else. This allows us to beat all competitor prices and provide you with the cheapest, most trustworthy deals. If the current cheapest price of $18.91 for Arma 3 is too high, create a price alert and we will alert you through email, SMS, or discord the moment the Arma 3 price matches your budget.

Can I play Arma 3 Anniversary Edition immediately after the purchase?

What store should I choose for the best Arma 3 Anniversary Edition Deal?

There are many details that you might want to go through before settling on the deal of your choosing. If you are looking for a special Edition, such as Anniversary Edition or Apex Edition, you can select these in our menu. When it comes to the actual stores, we made sure that you will never get overcharged/neglected. As we care about your satisfaction, we like to ensure that all deals are legitimate, reliable, and foolproof. On top of that, we make sure all stores affiliated with us have proper refund processes and guarantees and are backed by a competent team to ensure that absolutely nothing will go wrong.