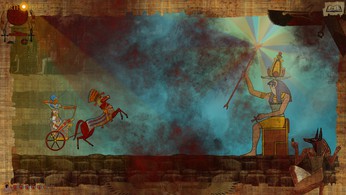 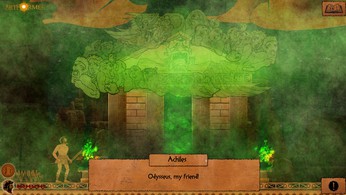 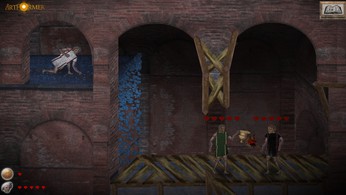 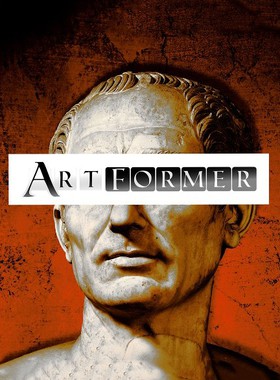 ArtFormer is a story-driven cinematic platformer with RPG elements. This Indie game project consists of four challenging story chapters each with a unique hero, different gameplay, and original art-style based on existing fragments of human history. The characters and stories seen through the eyes of ancient artists from different times will come to life before your eyes. Each chapter brings new gameplay mechanics!

This isn't just a humble tribute to the cinematic platformers (Prince of Persia, Another World, Oddworld, Flashback...), but a proud continuation of the their gaming legacies. This is ArtFormer: Ancient Stories! Four chapters of ArtFormer, sorted by artstyle, each with a unique hero and storyline:

In the first chapter, you play as a young boy, soon being to be initiated into manhood. Help your people, learn how to fight, travel through the caves, face many dangers, and fulfill your destiny. Became the leader of your tribe! Inspiration comes from the prehistoric cave paintings in Africa, Australia and Europe ast Tassili, Altamira, and others around the world.

The story of the second chapter is about the Pharaoh's journey to the underworld. Help Pharaoh Ramesses II cross the treacherous river Nile. Get his mummy to the tomb and his soul to the underworld. Inspiration came from papyrus paintings, tomb fresco paintings, funeral equipment and artefacts, as well as the statues in Egypt to reproduce the atmosphere and myth of Egyptian life after death.

The story of the third chapter depicts the legendary king Odysseus, his role in the Trojan War and his journey to the island of Ithaca. Fight to escape from the burning city of Troy, and travel across theAegean Sea. Face many mythological creatures, and find your way back home. Inspiration came from the almost 3,000 year old Greek pottery paintings across the styles of Minoan Crete, Athens, Sparta and others.

In the fourth chapter, we follow the story of a gladiator during the ancient Roman republic. Find the way to the fighter's school, train, choose a combat style and buy different equipment. Fight for glory in the arena, make bitter foes and loyal friends. Be always on the alert, danger is lurking everywhere! Inspiration came from the 2,000 year old Roman mosaics, found in Italy at Rome, Pompeii, Sicily and many others. The idea behind this chapter is from the ruthless gladiator games. We want to show the contrast between them and the high aesthetic level of Roman culture.

Where can I buy a ArtFormer: Ancient Stories Key?

With GameGator, you are able to compare 3 deals across verified and trusted stores to find the cheapest ArtFormer: Ancient Stories Key for a fair price. All stores currently listed have to undergo very specific testing to ensure that customer support, game deliveries, and the game keys themselves are of the highest quality. To sweeten the deal, we offer you specific discount codes, which you will not be able to find anywhere else. This allows us to beat all competitor prices and provide you with the cheapest, most trustworthy deals. If the current cheapest price of $11.47 for ArtFormer: Ancient Stories is too high, create a price alert and we will alert you through email, SMS, or discord the moment the ArtFormer: Ancient Stories price matches your budget.

Can I play ArtFormer: Ancient Stories immediately after the purchase?

What store should I choose for the best ArtFormer: Ancient Stories Deal?