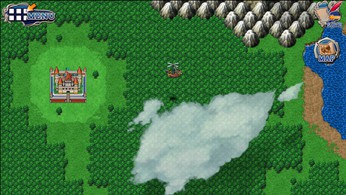 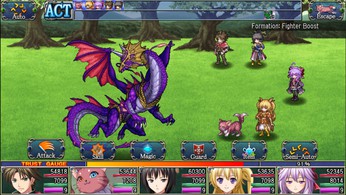 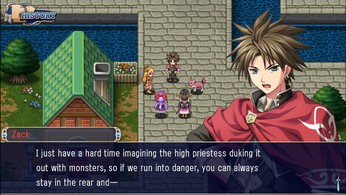 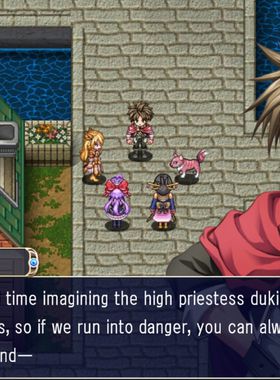 Beautiful hand-drawn visuals and a story of epic proportions bring Asdivine Hearts to the forefront of PC gaming! Travel alongside four companions and a cat in the adventure of a lifetime and one that transcends even the world in this fantasy 2D turn-based RPG!

One year ago, the world of Asdivine was enveloped by a brilliant flash of light. Since that time, the influence of shadow has only continued to grow ever more powerful across the face of the land. And though the event itself was undoubtedly connected with the heavens, few people seem to have realized the far-reaching implications of what transpired. Now turning to the present, a surprising revelation awaits a young man by the name of Zack and his childhood friend, Stella, in the capital from a chubby cat claiming to be none other than the Light Deity and declaring the world to be on the verge of a great collapse.

Although skeptical at first, this band of unlikely adventurers soon finds this chance encounter to be only the beginning of an adventure set to not only change their lives, but their fates, as well.

Where can I buy a Asdivine Hearts Key?

With GameGator, you are able to compare 8 deals across verified and trusted stores to find the cheapest Asdivine Hearts Key for a fair price. All stores currently listed have to undergo very specific testing to ensure that customer support, game deliveries, and the game keys themselves are of the highest quality. To sweeten the deal, we offer you specific discount codes, which you will not be able to find anywhere else. This allows us to beat all competitor prices and provide you with the cheapest, most trustworthy deals. If the current cheapest price of $0.96 for Asdivine Hearts is too high, create a price alert and we will alert you through email, SMS, or discord the moment the Asdivine Hearts price matches your budget.

Can I play Asdivine Hearts immediately after the purchase?

What store should I choose for the best Asdivine Hearts Deal?