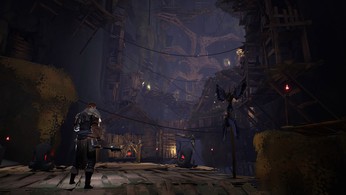 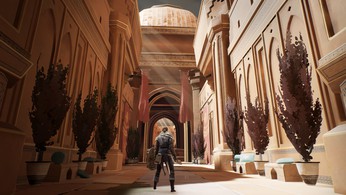 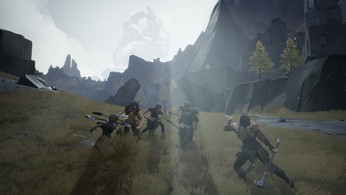 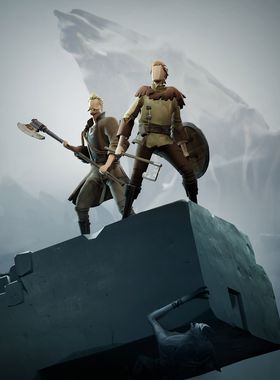 Ashen is an open world co-op action RPG about a wanderer in search of a place to call home. As you adventure through Ashen, you'll occasionally encounter other players in a massive open world, akin to the passive multiplayer of Journey. It's up to you to decide how to deal with them - fight together against evil, invite them into your party or simply ignore them.

Ashen is faithful to the "souls" genre of stamina-based combat, introducing players to a punishing yet satisfyingly vast world. But here's the twist - no two gameplay experiences are alike. Whether you're exploring bogs, investigating a fjord or pillaging an old palace, where you are at any given moment will dramatically alter the course of your adventure. It's a brutal open world; you're just living in it.

Ashen has no shortage of dangerous encounters, from hostile enemies to indigenous creatures. You'll be rewarded for studying the environment and its inhabitants, planning your adventure rather than flying by the seat of your pants. The flora and fauna within the world aren't just fantastical; they're often fatal. Each confrontation, no matter how trivial, has potentially dire consequences. As you discover survivors, you'll have the choice to invite them to your Town. But these aren't mere adventurers - they're potential collaborators, bringing a plethora of crafting skills, from blacksmithing to foraging expertise, in tow.

Where can I buy a Ashen Key?

With GameGator, you are able to compare 22 deals across verified and trusted stores to find the cheapest Ashen Key for a fair price. All stores currently listed have to undergo very specific testing to ensure that customer support, game deliveries, and the game keys themselves are of the highest quality. To sweeten the deal, we offer you specific discount codes, which you will not be able to find anywhere else. This allows us to beat all competitor prices and provide you with the cheapest, most trustworthy deals. If the current cheapest price of $4.37 for Ashen is too high, create a price alert and we will alert you through email, SMS, or discord the moment the Ashen price matches your budget.

Can I play Ashen immediately after the purchase?

What store should I choose for the best Ashen Deal?