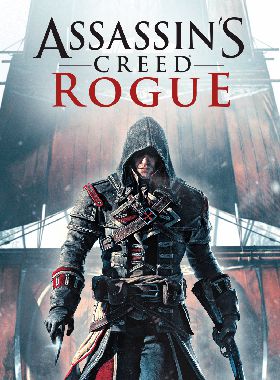 1751. North America. Amidst the chaos and violence of the French and Indian War, Shay Patrick Cormac, a fearless young member of the Assassins order, undergoes a dark transformation that will shape the future of the brotherhood forever. After arguing over a dangerous mission gone tragically wrong, Shay is betrayed by the Assassins who attempt to end his life. Cast aside by those he once called brothers, Shay sets out on a mission to wipe out all who turned against him and ultimately become the most feared Assassin hunter in history. Introducing Assassin's Creed Rogue, the darkest chapter in the Assassin's Creed franchise yet. As Shay, you will experience the slow transformation from Assassin to Assassin Hunter. Follow your own creed and set off on an extraordinary journey through New York City, the wild river valley, and far away to the icy cold waters of the North Atlantic in pursuit of your ultimate goal to bring down the Assassins.

Where can I buy a Assassin's Creed: Rogue Key?

With GameGator, you are able to compare 26 deals across 16 verified and trusted stores to find the cheapest Assassin's Creed: Rogue Key for a fair price. All stores currently listed have to undergo very specific testing to ensure that customer support, game deliveries, and the game keys themselves are of the highest quality. To sweeten the deal, we offer you 7 specific discount codes, which you will not be able to find anywhere else. This allows us to beat all competitor prices and provide you with the cheapest, most trustworthy deals. If the current cheapest price of $5.15 for Assassin's Creed: Rogue is too high, create a price alert and we will alert you through email, SMS, or discord the moment the Assassin's Creed: Rogue price matches your budget.

Can I play Assassin's Creed: Rogue immediately after the purchase?

What store should I choose for the best Assassin's Creed: Rogue Deal?