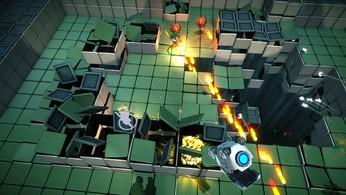 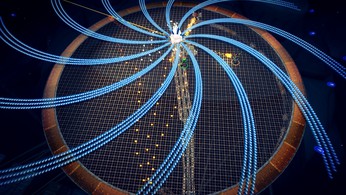 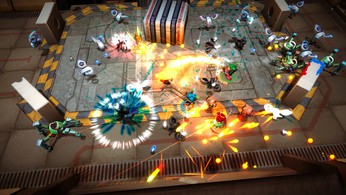 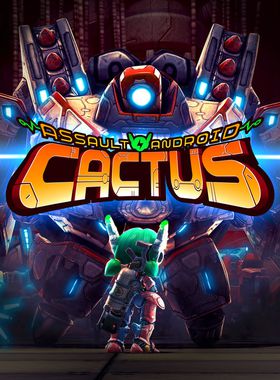 When youre running on battery, make every second count!

Assault Android Cactus is an arcade style twin stick shooter set in a vivid sci fi universe. Junior Constable Cactus is outside her pay grade when she responds to a distress call and ends up stranded on a crippled space freighter under attack by its own robot workers.

Utilising a draining battery mechanic in place of lives, Assault Android Cactus challenges you to think fast and keep the bullets flying, blending the gameplay of western styled arena shooters with aspects of Japanese style bullet hell as you charge head first through transforming stages, massive boss battles and an eclectic cast of characters on the way to saving the day.

Where can I buy a Assault Android Cactus Key?

With GameGator, you are able to compare 8 deals across verified and trusted stores to find the cheapest Assault Android Cactus Key for a fair price. All stores currently listed have to undergo very specific testing to ensure that customer support, game deliveries, and the game keys themselves are of the highest quality. To sweeten the deal, we offer you specific discount codes, which you will not be able to find anywhere else. This allows us to beat all competitor prices and provide you with the cheapest, most trustworthy deals. If the current cheapest price of $1.99 for Assault Android Cactus is too high, create a price alert and we will alert you through email, SMS, or discord the moment the Assault Android Cactus price matches your budget.

Can I play Assault Android Cactus immediately after the purchase?

What store should I choose for the best Assault Android Cactus Deal?