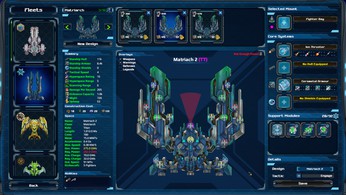 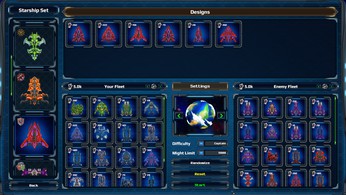 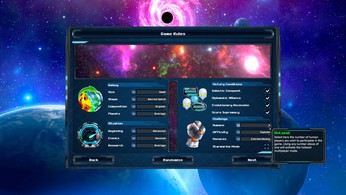 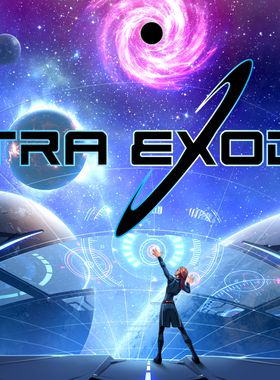 Astra Exodus is a single player turn based Sci-fi 4X strategy game inspired by the classics, with a multiple choice narrative driven epic campaign, top down real time tactical battles and an extensive semi-randomized research grid. Take the chance to lead humanity back home, while uncovering the mysteries behind the Exodus, across a choice driven narrative campaign. Alternatively challenge yourself in the Sandbox mode by leading any of the various alien factions to several possible victory conditions.

Lead the Earth Legacy Task Force through 9 arduous missions, in their Campaign for discovering the lost heritage of Earth, and make decisions that alter the story and gameplay in significant ways. You can be rewarded with exclusive and diverse abilities only found in this mode. Take charge of one out of 8 different main factions, or create your own in the Sandbox Mode, as you thrive to enslave, exterminate, seduce or right out beat all and any competition. Survive a host of events and menaces, that will surely challenge your empire and all others. Fight in space and on the ground, with real time tactical space battles, where positioning and heading matters as much as weaponry. Lead your forces in initiative based top-down ground battles, with hosts of infantry, armour, strike-craft and even mechs! Or maybe just nuke them from orbit, that works just as well. Colonize or conquer a vibrantly diverse galaxy of your choosing, full of wonderful stars, planets, asteroid belts, etc, all inspired by true astronomical phenomena. Maneuver your ships around black holes and supernovas.

Where can I buy a Astra Exodus Key?

With GameGator, you are able to compare 9 deals across verified and trusted stores to find the cheapest Astra Exodus Key for a fair price. All stores currently listed have to undergo very specific testing to ensure that customer support, game deliveries, and the game keys themselves are of the highest quality. To sweeten the deal, we offer you specific discount codes, which you will not be able to find anywhere else. This allows us to beat all competitor prices and provide you with the cheapest, most trustworthy deals. If the current cheapest price of $4.03 for Astra Exodus is too high, create a price alert and we will alert you through email, SMS, or discord the moment the Astra Exodus price matches your budget.

Can I play Astra Exodus immediately after the purchase?

What store should I choose for the best Astra Exodus Deal?