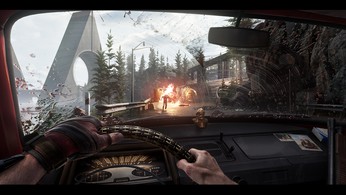 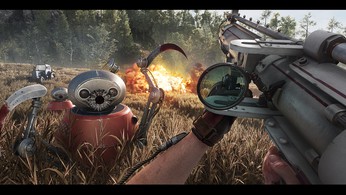 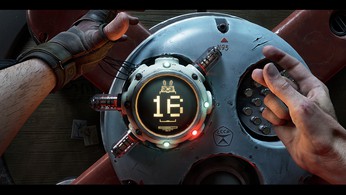 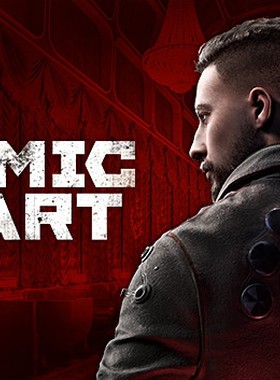 Set an alternate version of the 1950's, the story of Atomic Heart takes place in a Soviet Union in which robotics and other advanced technologies were developed during World War II. This world isn't so far removed from the ideals for which humanity is fighting today: a happy society, the power of science, perfect cities with green, sun-dappled parks and town squares, the automation of everyday life, the desire to explore the stars... these things could be right around the corner. But let's take a look at the dark underbelly of this ideal world — what if all this had already happened? And where could it lead?

Robots designed to help humans have rebelled against their creators. Secret experiments have led to the emergence of terrifying mutants. Giant machines and bloodthirsty creatures are just a few of the obstacles that stand between you and the completion of your secret mission. You'll have to do your homework and study every deadly foe to avoid becoming their victims.

Prepare for the fight of your life. Choose optimal tactics for each unique opponent and use everything you can get your hands on, from the special abilities provided by your combat glove to heavy weapons of mass destruction. Combine defensive and offensive skills, interact with your environment, and keep an eye on the enemy to ensure victory. With a wide range of upgrades for all firearms and melee weapons, you can crush anyone who stands in your way. Get ready — this is going to hurt! For more information visit

Where can I buy a Atomic Heart Key?

With GameGator, you are able to compare 31 deals across verified and trusted stores to find the cheapest Atomic Heart Key for a fair price. All stores currently listed have to undergo very specific testing to ensure that customer support, game deliveries, and the game keys themselves are of the highest quality. To sweeten the deal, we offer you specific discount codes, which you will not be able to find anywhere else. This allows us to beat all competitor prices and provide you with the cheapest, most trustworthy deals. If the current cheapest price of $44.56 for Atomic Heart is too high, create a price alert and we will alert you through email, SMS, or discord the moment the Atomic Heart price matches your budget.

Can I play Atomic Heart immediately after the purchase?

What store should I choose for the best Atomic Heart Deal?

There are many details that you might want to go through before settling on the deal of your choosing. If you are looking for a special Edition, such as Gold Edition or Premium Edition, you can select these in our menu. When it comes to the actual stores, we made sure that you will never get overcharged/neglected. As we care about your satisfaction, we like to ensure that all deals are legitimate, reliable, and foolproof. On top of that, we make sure all stores affiliated with us have proper refund processes and guarantees and are backed by a competent team to ensure that absolutely nothing will go wrong.