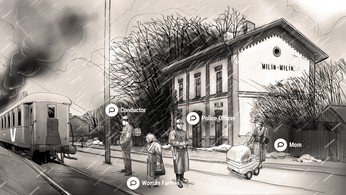 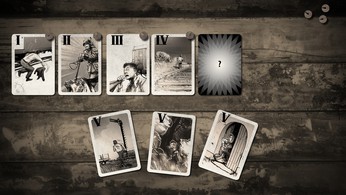 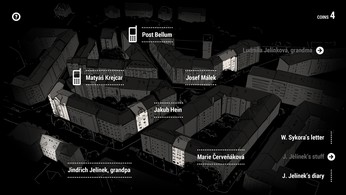 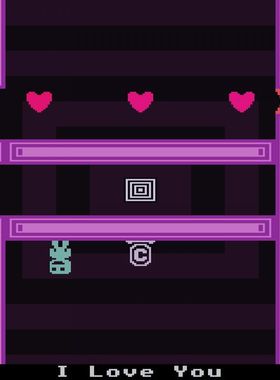 Attentat 1942 is a unique video game that tells the story of Nazi occupation from the perspective of those who experienced it firsthand. The game is built on dialogues with survivors, interactive comics, and authentic historical footage. You will speak to eyewitnesses, live their memories, and discover the untold story of your family.

You discover that your grandfather was arrested by the Gestapo shortly after the assassination of Reinhard Heydrich, ruler of the Nazi-occupied Czech Lands and leading architect of the Holocaust. You struggle to discover why your grandfather was arrested after the attack. What role did he play in the attack? Why didn't he tell his family? Was he brave or reckless to endanger their lives by becoming a resistance fighter?

You will experience a range of styles and dialogue-based gameplay features. The game includes interactive comics, rare digitized film footage, challenging mini-games, and cinematic-style interviews that have been researched and written by a team of professional historians.

Based on historical research and testimonies

Attentat 1942 was developed by Charles University and the Czech Academy of Sciences. It is the first game in the Czechoslovakia 38-89 project that covers different events from contemporary history. Attentat 1942 is a significantly enhanced version of the game “Československo 38-89: Atentát” that was released in Czech language in 2015. Revenues from the game are invested to continue research and science into the field.

With GameGator, you are able to compare 6 deals across verified and trusted stores to find the cheapest Attentat 1942 Key for a fair price. All stores currently listed have to undergo very specific testing to ensure that customer support, game deliveries, and the game keys themselves are of the highest quality. To sweeten the deal, we offer you specific discount codes, which you will not be able to find anywhere else. This allows us to beat all competitor prices and provide you with the cheapest, most trustworthy deals. If the current cheapest price of $6.82 for Attentat 1942 is too high, create a price alert and we will alert you through email, SMS, or discord the moment the Attentat 1942 price matches your budget.

Can I play Attentat 1942 immediately after the purchase?

What store should I choose for the best Attentat 1942 Deal?