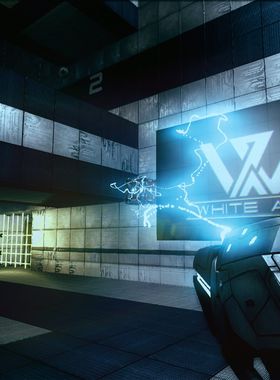 Millions of inhabitants of the Solar System look forward to the new season of Attractio. Attractio is the reality show where contestants solve deadly puzzles; so deadly in fact, there's only one way they can leave there with their lives: to win. Men and women risk their lives in live TV, desperate for a better life.

This season: Keir, a man with a humble origin, looks for the monetary prize. Mia, a policewoman from mars, wants to take home the advanced technology prize. Dalek, a dangerous criminal, plays to win his freedom back. Each one will have to solve different deadly puzzles using different gadgets that will allow them to manipulate gravity.

Attractio takes place in the amazing Entertainment Space Station (ESS), an artificial satellite orbiting Mars. This station was created specifically for Attractio and is the only place that meets the requirements to host games with gravity manipulation. As usual, Darius will be the host of this exciting reality show.

Where can I buy a Attractio Key?

With GameGator, you are able to compare 7 deals across verified and trusted stores to find the cheapest Attractio Key for a fair price. All stores currently listed have to undergo very specific testing to ensure that customer support, game deliveries, and the game keys themselves are of the highest quality. To sweeten the deal, we offer you specific discount codes, which you will not be able to find anywhere else. This allows us to beat all competitor prices and provide you with the cheapest, most trustworthy deals. If the current cheapest price of $0.88 for Attractio is too high, create a price alert and we will alert you through email, SMS, or discord the moment the Attractio price matches your budget.

Can I play Attractio immediately after the purchase?

What store should I choose for the best Attractio Deal?