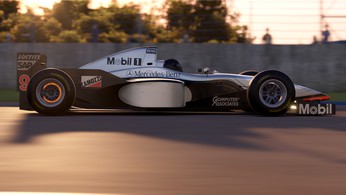 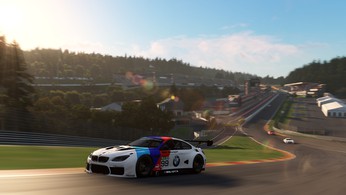 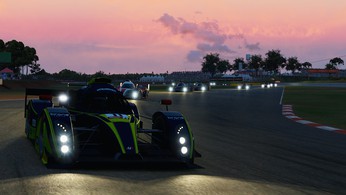 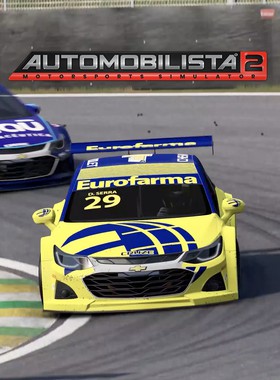 Automobilista 2 is the culmination of a project developed over the course of nearly a decade. At its core, it is a comprehensive simulation of the brazilian motorsports scene, featuring all major brazilian racing series, race tracks and manufacturers.

Packing an even larger roster of diverse cars and tracks than its predecessor, Automobilista 2 ventures further into the best of international motorsports, including prestigious brands along with iconic venues such as Brands Hatch, Mount Panorama and Imola, at the same time continuing to explore the more exotic and exciting forms of motorsports from around the world.

Boosted by a new technical partnership with the developers of the award-winning Project CARS series, Automobilista 2 is built on the MADNESS engine, providing incredible graphical quality, the most advanced dynamic weather and track condition systems in a racing simulator and superior VR support, to deliver a substantial realism upgrade over its precedecessor and a fully immersive visual experience.

The game has a long-term development plan that will see continual developments being made over several years following its release, continually growing with the addition of new game modes, features, cars and tracks from the best of the past, present and future of motorsports! From rental Karts to high-performance Prototypes, Classic Grand Prix cars to modern GTs and Racing Trucks, Automobilista 2 offers it all through a catalogue of beautifully-detailed venues across five continents.

Where can I buy a Automobilista 2 Key?

With GameGator, you are able to compare 17 deals across verified and trusted stores to find the cheapest Automobilista 2 Key for a fair price. All stores currently listed have to undergo very specific testing to ensure that customer support, game deliveries, and the game keys themselves are of the highest quality. To sweeten the deal, we offer you specific discount codes, which you will not be able to find anywhere else. This allows us to beat all competitor prices and provide you with the cheapest, most trustworthy deals. If the current cheapest price of $8.01 for Automobilista 2 is too high, create a price alert and we will alert you through email, SMS, or discord the moment the Automobilista 2 price matches your budget.

Can I play Automobilista 2 immediately after the purchase?

What store should I choose for the best Automobilista 2 Deal?