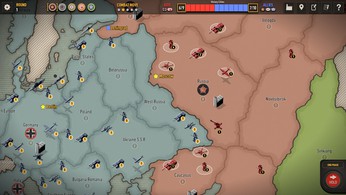 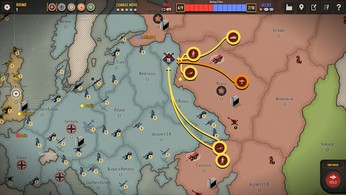 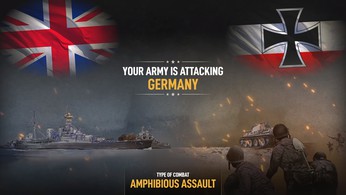 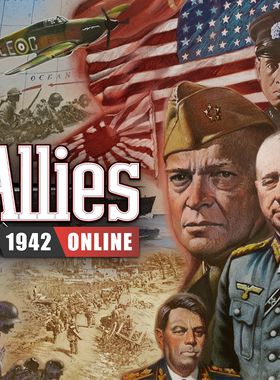 German tanks mobilize in the west, blitzing into France and pushing back the Soviet Union in eastern Europe. The United States rises in response to Japanese aggression in the Pacific. The United Kingdom rallies allies as bombers menace the skies. The year is 1942, and the world is at war!

Axis & Allies 1942 Online is an official adaptation of the beloved strategic board game, Axis & Allies, and includes the 1942 Second Edition game board and rules. Axis & Allies 1942 Online accommodates 1-5 players, each controlling one or more of the Axis or Allied powers in Online Multiplayer, Hot Seat, or Single Player mode against the computer AI. Players command both their country's military forces and its war-time economy.

Victory goes to the side that conquers its opponents on the field of battle and occupies the greatest cities of the world. Will the Axis continue to spread across the globe unchecked, or will the Allies rally to push back against imperialistic tyranny? Challenge your friends and change the course of history!

With GameGator, you are able to compare 14 deals across verified and trusted stores to find the cheapest Axis & Allies 1942 Online Key for a fair price. All stores currently listed have to undergo very specific testing to ensure that customer support, game deliveries, and the game keys themselves are of the highest quality. To sweeten the deal, we offer you specific discount codes, which you will not be able to find anywhere else. This allows us to beat all competitor prices and provide you with the cheapest, most trustworthy deals. If the current cheapest price of $2.79 for Axis & Allies 1942 Online is too high, create a price alert and we will alert you through email, SMS, or discord the moment the Axis & Allies 1942 Online price matches your budget.

Can I play Axis & Allies 1942 Online immediately after the purchase?

What store should I choose for the best Axis & Allies 1942 Online Deal?