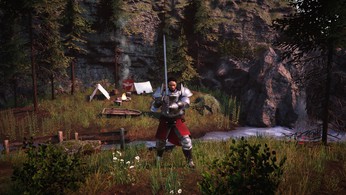 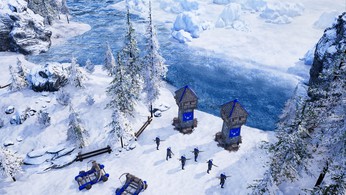 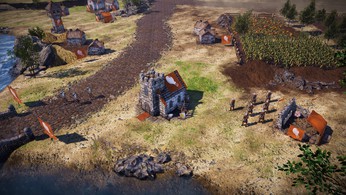 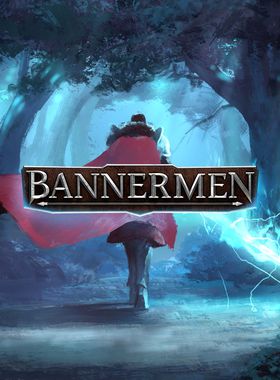 Bannermen is a real-time strategy game, with a strong focus on individual unit control as well as map control. With the complexity of chess, you must adapt and outsmart the enemy in real time while gathering intel through scouting. Every encounter is critical.

With two resources, Wood and Gold, the game takes inspiration from predecessors within the genre and has a very high skill ceiling while still being easier to get into than comparable competitive RTS games.

While staying true to its roots, Bannermen takes the best elements from the genre and adds its own unique flair to it. The nature of the game is competitive. Matches generally last between 10-25 minutes, depending on playstyle. This fast format allows for intuitive learning and gets you right in the action while making it easier to learn the counter plays than in other RTS games.

Having suffered a crushing defeat in the Battle of Beckron, you, Lord Berrian must now regain former bannermen that have surrendered to Lord Karthor. The days of chasing glory are over, as terror spreads and forces ever greater sacrifices to hold Lord Karthor's men at bay. Without a home and much time to spare, you must travel the vast lands of Valtoria to obtain supplies and convert soldiers to your righteous cause.

Where can I buy a Bannermen Key?

With GameGator, you are able to compare 12 deals across verified and trusted stores to find the cheapest Bannermen Key for a fair price. All stores currently listed have to undergo very specific testing to ensure that customer support, game deliveries, and the game keys themselves are of the highest quality. To sweeten the deal, we offer you specific discount codes, which you will not be able to find anywhere else. This allows us to beat all competitor prices and provide you with the cheapest, most trustworthy deals. If the current cheapest price of $2.20 for Bannermen is too high, create a price alert and we will alert you through email, SMS, or discord the moment the Bannermen price matches your budget.

Can I play Bannermen immediately after the purchase?

What store should I choose for the best Bannermen Deal?