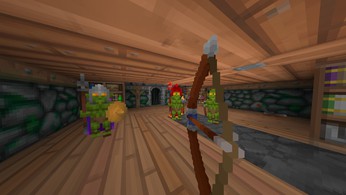 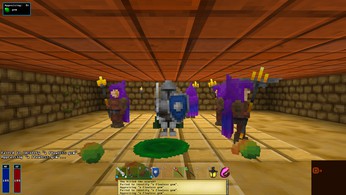 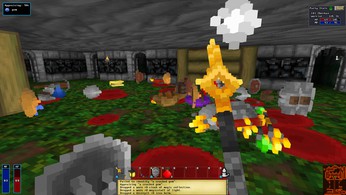 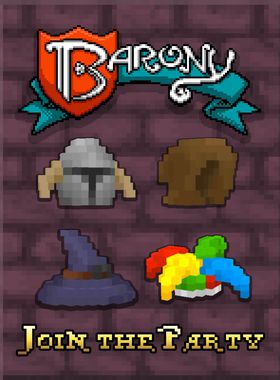 Get ready to tackle vicious roguelike dungeons in first-person. Barony is a blast alone, but it's a party when you bring your dungeon-running buddies with you in cooperative multiplayer.

Slay baddies, collect arcane treasures, invoke powerful spells, and tally up your death count on your way to defeating the forces of supernatural evil.

Barony is a love-note to RPG classics like Ultima Underworld, System Shock, & Daggerfall, created by fans of the classics.

Hamlet is the greatest little city in the realm. That is, it was until the heinous Baron Herx came along and claimed the whole thing as his Barony. He enslaved Hamlet's people and now he's an awful undead lich. The whole town's been trapped in his massive dungeon for decades and now it's up to a single hero or a group of adventurers to confront him in his hellish lair and destroy him forever. Whether you will die in the dungeons or rise to victory against the Baron and his hellspawn is ultimately up to you. What did Baron Herx find in Hamlet, and will killing him be enough? You might find out if you figure out how to git gud at Barony!

Where can I buy a Barony Key?

With GameGator, you are able to compare 11 deals across verified and trusted stores to find the cheapest Barony Key for a fair price. All stores currently listed have to undergo very specific testing to ensure that customer support, game deliveries, and the game keys themselves are of the highest quality. To sweeten the deal, we offer you specific discount codes, which you will not be able to find anywhere else. This allows us to beat all competitor prices and provide you with the cheapest, most trustworthy deals. If the current cheapest price of $6.58 for Barony is too high, create a price alert and we will alert you through email, SMS, or discord the moment the Barony price matches your budget.

Can I play Barony immediately after the purchase?

What store should I choose for the best Barony Deal?