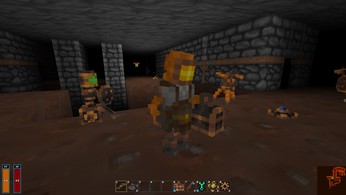 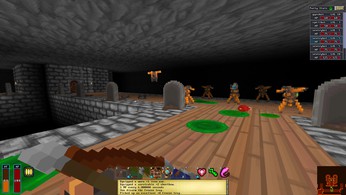 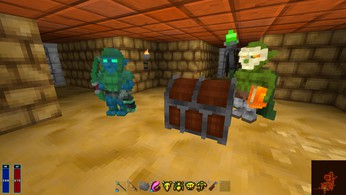 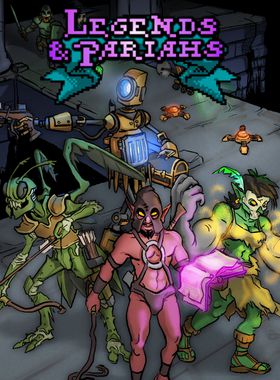 The Legends & Pariahs DLC brings more of the content introduced by the Myths & Outcasts. Four more new classes and monster races, each with unique gameplay to exponentially-increasing dungeon-delving variety.

Just like in the previous DLC, each monster race has a signature class that human characters can also select when you own the DLC. Except for one, these monsters will be hostile with humans as they attempt to destroy the liches in the dungeon. Monsters can either be played as their signature class, or they can be played as any of the current classes in Barony: Blessed Addition! And once you finish the game as a monster, you unlock its signature class for play as any race. The AutomatonThe Automaton's doesn't need food, instead requiring fuel for their furnace to keep their boiler powered. They're also friendly with humans and some other races!

Where can I buy a Barony: Legends & Pariahs Key?

With GameGator, you are able to compare deals across verified and trusted stores to find the cheapest Barony: Legends & Pariahs Key for a fair price. All stores currently listed have to undergo very specific testing to ensure that customer support, game deliveries, and the game keys themselves are of the highest quality. To sweeten the deal, we offer you specific discount codes, which you will not be able to find anywhere else. This allows us to beat all competitor prices and provide you with the cheapest, most trustworthy deals. If the current cheapest price of $3.99 for Barony: Legends & Pariahs is too high, create a price alert and we will alert you through email, SMS, or discord the moment the Barony: Legends & Pariahs price matches your budget.

Can I play Barony: Legends & Pariahs immediately after the purchase?

What store should I choose for the best Barony: Legends & Pariahs Deal?