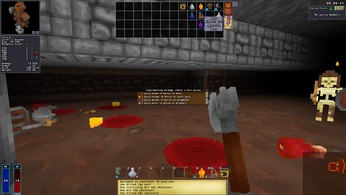 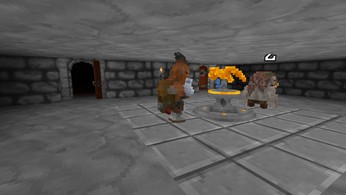 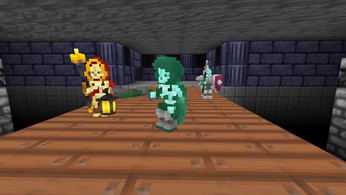 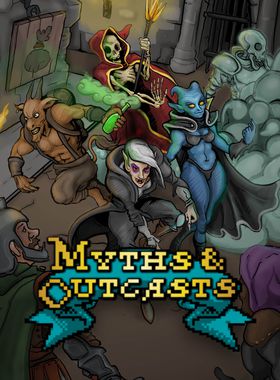 The Myths & Outcasts DLC offers you dozens of new ways to play through Barony with four new classes and four new monster races with fresh gameplay.

Each monster race has a signature class that human characters can also play as. These monsters are hated by humans, but they still seek to slay liches in the dungeon! Monsters can either be played as their signature class, or they can be played as any of the current classes in Barony: Blessed Addition! And once you finish the game as a monster, you unlock its signature class for play as any race. The SkeletonThe Skeleton requires a patient approach, which works since you don't get hungry!

The Conjurer starts with a new spell, allowing their master to summon helpful allies who increase in power throughout the adventure. The SuccubusThe Succubus hates blessings and loves curses! She'll also start with some demonic powers.

The Mesmer has a staff, and eventually can learn a spell, which allows her to enlist the service of foes to protect her. Use your wiles to survive! The VampireThe Vampire can't eat normal food and must feed on blood instead! Vampires also start with vampiric powers!

Accursed adventurers have a voracious hunger, but also have increased speed and the ability to turn invisible. The Accursed must move quickly to survive. The GoatmanThe Goatman eats tin cans with no need for a tin opener, and can sniff out extra potions from fountains.

The Brewer starts with a handy-dandy backpack which increases their inventory space. They also have an Alembic which allows them to brew powerful potions!

Where can I buy a Barony: Myths & Outcasts Key?

With GameGator, you are able to compare 3 deals across verified and trusted stores to find the cheapest Barony: Myths & Outcasts Key for a fair price. All stores currently listed have to undergo very specific testing to ensure that customer support, game deliveries, and the game keys themselves are of the highest quality. To sweeten the deal, we offer you specific discount codes, which you will not be able to find anywhere else. This allows us to beat all competitor prices and provide you with the cheapest, most trustworthy deals. If the current cheapest price of $3.36 for Barony: Myths & Outcasts is too high, create a price alert and we will alert you through email, SMS, or discord the moment the Barony: Myths & Outcasts price matches your budget.

Can I play Barony: Myths & Outcasts immediately after the purchase?

What store should I choose for the best Barony: Myths & Outcasts Deal?