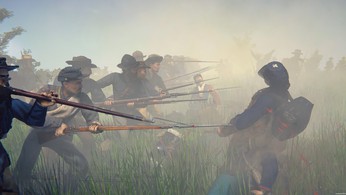 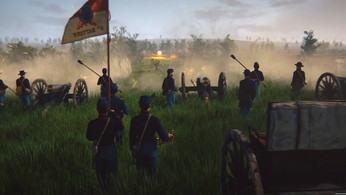 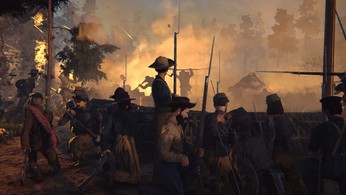 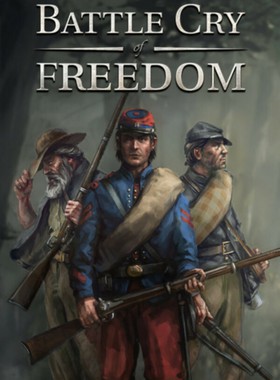 About Battle Cry of Freedom

Battle Cry of Freedom brings brutal real-time first and third-person combat set in the 19th Century America, presenting players with the opportunity to re-fight the American Civil War as either the Union or the Confederacy.

Incorporating a wide range of weaponry, from long range rifled muskets and devastating artillery, to various deadly close combat tools such as bayonets, knives and sabres, players will take up the fight for the North or the South trying to win the day on the bloody battlefields of America.

Take part in massive multiplayer battles with up to 500 players simultaneously fighting each other on the same battlefield, in a completely destructible and realistic Civil War combat environment.

Take control over a company of AI-controlled soldiers and lead your men to glory! Fight in huge battles with up to 800 Bots per Server. Commander Battles are the ultimate gamemode to display your tactical cunning. Enlist in the Infantry

Fall in line as a regular infantryman, join the ranks of an elite sharpshooter regiment, or help relay orders as a musician as you get to explore the various roles in the army and trial your favourite units.

Where can I buy a Battle Cry of Freedom Key?

With GameGator, you are able to compare 9 deals across verified and trusted stores to find the cheapest Battle Cry of Freedom Key for a fair price. All stores currently listed have to undergo very specific testing to ensure that customer support, game deliveries, and the game keys themselves are of the highest quality. To sweeten the deal, we offer you specific discount codes, which you will not be able to find anywhere else. This allows us to beat all competitor prices and provide you with the cheapest, most trustworthy deals. If the current cheapest price of $8.58 for Battle Cry of Freedom is too high, create a price alert and we will alert you through email, SMS, or discord the moment the Battle Cry of Freedom price matches your budget.

Can I play Battle Cry of Freedom immediately after the purchase?

What store should I choose for the best Battle Cry of Freedom Deal?