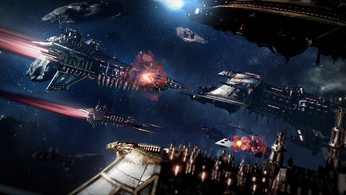 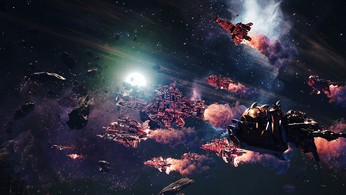 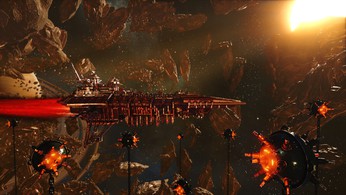 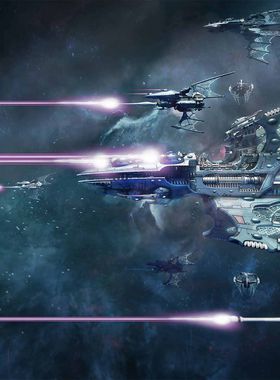 Focus Home Interactive and Tindalos Interactive are pleased to present Battlef eet Gothic: Armada, a real time strategy adaptation of Games Workshop's famous tabletop game for the PC. The game stages the mighty armada of the Imperial Navy's Battlefleet Gothic against the insidious and galaxy threatening Chaos Black Crusade of Abaddon the Despoiler in dark, deadly and intense space battles.

Developed on Unreal Engine 4, Battlefleet Gothic: Armada is an RTS in which the player takes command of one of these battlefleets composed of the most powerful spaceships from the Imperial, Chaos, Eldar and Ork forces, in a no-quarter given struggle for the control of the Gothic sector of space.

Where can I buy a Battlefleet Gothic: Armada Key?

With GameGator, you are able to compare 19 deals across verified and trusted stores to find the cheapest Battlefleet Gothic: Armada Key for a fair price. All stores currently listed have to undergo very specific testing to ensure that customer support, game deliveries, and the game keys themselves are of the highest quality. To sweeten the deal, we offer you specific discount codes, which you will not be able to find anywhere else. This allows us to beat all competitor prices and provide you with the cheapest, most trustworthy deals. If the current cheapest price of $3.02 for Battlefleet Gothic: Armada is too high, create a price alert and we will alert you through email, SMS, or discord the moment the Battlefleet Gothic: Armada price matches your budget.

Can I play Battlefleet Gothic: Armada immediately after the purchase?

What store should I choose for the best Battlefleet Gothic: Armada Deal?