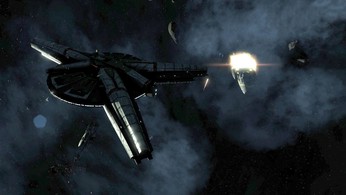 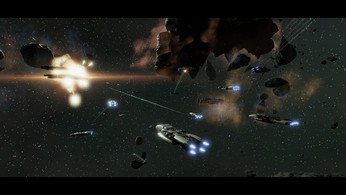 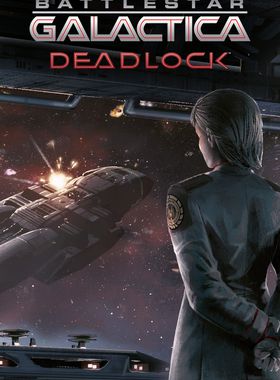 The Cylons have rebelled! Four years of war and a steep price in human lives have not been enough to unlock a deadly stalemate. The Colonials have countered all of the Cylon's offensives so far, but no decisive victory was achieved.

The deadlock is suddenly broken by a surprise attack from the Cylons and the brutal annihilation of the Colonial Fleet High Command on Picon. The fate of mankind is now resting on the shoulders of Rear-Admiral Lucinda Cain.

The secret, cunning plan she has conceived could turn the tide of the war forever…

The Game BATTLESTAR GALACTICA Deadlock takes you into the heart of the First Cylon War, to fight epic 3D battles that will test your tactical prowess.

Take control of the Colonial Fleet from the bridge of the mobile shipyard, Daidalos, and free the Twelve Colonies from the Cylon threat. Build your fleets, protect the Quorum alliance and prepare to dig deeper into the conspiracies of this heroic conflict.

Command the Colonial Fleet Design and build fleets of powerful capital ships. Recruit officers to protect the Twelve Colonies. From the Manticore corvette to the mighty Jupiter class Battlestar, you won't be short on firepower.

Legendary Names Continue the legacy of Battlestar Galactica with new characters and familiar faces, in an original story set during the First Cylon War. Launch Viper squadrons and Raptor scouts and jump the Galactica in to dominate the battlefield. An authentic Battlestar Galactica experience awaits.

Where can I buy a Battlestar Galactica Deadlock Season 1 Key?

With GameGator, you are able to compare 7 deals across verified and trusted stores to find the cheapest Battlestar Galactica Deadlock Key for a fair price. All stores currently listed have to undergo very specific testing to ensure that customer support, game deliveries, and the game keys themselves are of the highest quality. To sweeten the deal, we offer you specific discount codes, which you will not be able to find anywhere else. This allows us to beat all competitor prices and provide you with the cheapest, most trustworthy deals. If the current cheapest price of $4.50 for Battlestar Galactica Deadlock is too high, create a price alert and we will alert you through email, SMS, or discord the moment the Battlestar Galactica Deadlock price matches your budget.

Can I play Battlestar Galactica Deadlock Season 1 immediately after the purchase?

What store should I choose for the best Battlestar Galactica Deadlock Season 1 Deal?