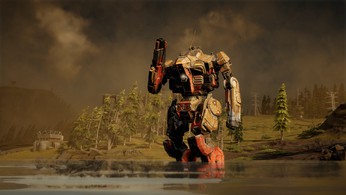 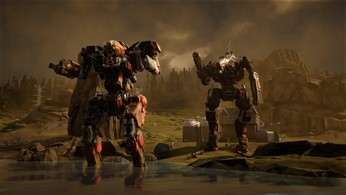 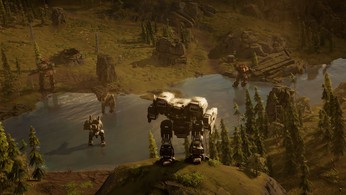 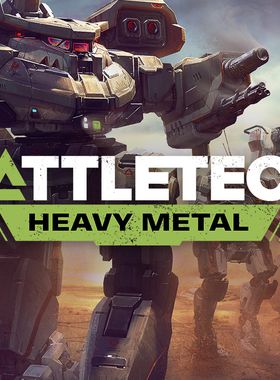 Eight new Mechs have been added to the world of BattleTech, including seven classic designs from the original board game along with a never-before-seen Mech designed exclusively for this expansion. New methods of destruction await as eight devastating weapons systems are now available to wreak havoc like never before. Heavy Metal takes Mech action to the next level with a brand new Flashpoint Mini-Campaign featuring two legendary characters from the famous mercenary group, Wolf's Dragoons, and a mysterious derelict cargo ship.

Seven classic Mechs from BATTLETECH's 35-year legacy make their triumphant return along with the first completely new Mech designed exclusively for this expansion. Each classic Mech comes with unique equipment that reflects the flavor and lore of the original board game. Eight all-new weapon systems can be utilized to destroy even the most formidable opponents in a wide variety of unique ways: the new Mech Mortar is the first AOE weapon in BATTLETECH that can destroy multiple units at once while the new Inferno Missiles coat a target in burning fuel causing enemies to shut down in combat. Come face-to-face with two legendary characters from BATTLETECH lore - the Bounty Hunter and the Black Widow of Wolf's Dragoons.

Where can I buy a BattleTech Heavy Metal Key?

With GameGator, you are able to compare 15 deals across verified and trusted stores to find the cheapest BattleTech Heavy Metal Key for a fair price. All stores currently listed have to undergo very specific testing to ensure that customer support, game deliveries, and the game keys themselves are of the highest quality. To sweeten the deal, we offer you specific discount codes, which you will not be able to find anywhere else. This allows us to beat all competitor prices and provide you with the cheapest, most trustworthy deals. If the current cheapest price of $3.97 for BattleTech Heavy Metal is too high, create a price alert and we will alert you through email, SMS, or discord the moment the BattleTech Heavy Metal price matches your budget.

Can I play BattleTech Heavy Metal immediately after the purchase?

What store should I choose for the best BattleTech Heavy Metal Deal?