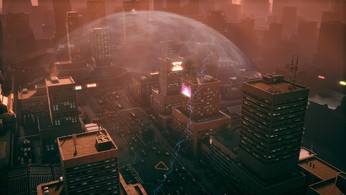 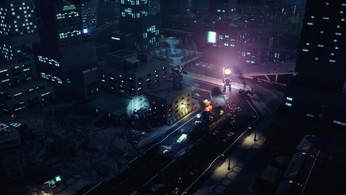 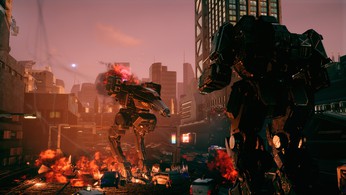 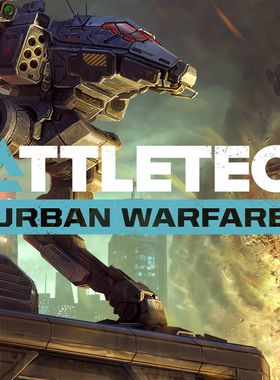 Urban Warfare brings 'Mech combat to the vast cityscapes of the Inner Sphere! Electronic warfare, large-scale building destruction, environmental mechanics, new enemy units and more make the urban sprawl a whole new battlefield. Street brawls introduce new tactical gameplay challenges as 'Mech combat moves from wide-open natural landscapes to vast urban sprawls. Every building in the new urban biome is fully destructible, so you're never more than a few salvos away from a new line of sight, or the defensive cover of high-rise rubble. Destroyed coolant exchanger buildings, and broken electrical transformers that disrupt targeting will drastically change the battle as you go.

The return of these lost technologies will forever change the 31st century battlefield. 'Mechs equipped with Electronic Countermeasures (ECM) and nearby friendly units are obscured from enemy targeting systems and immune to indirect fire. Meanwhile, 'Mechs equipped with Active Probe can reveal, locate, and target enemy units that would otherwise be hidden. The experimental Raven 1X sports an advanced electronic warfare package that combines ECM and Active Probe systems into a lightweight component.

The Javelin is a compromise between speed and firepower, with close-range knockout power. A wide variety of new branching short stories that link together mercenary missions, crew conversations, special events, critical choices, and rare bonus rewards. The Gallant Urban Assault Tank sports a variety of weapons to fight at all ranges with speed and agility, the Packrat is a battlefield support vehicle equipped with a prototype version of ECM, and the Rotunda is a reconnaissance vehicle equipped with a prototype version of Active Probe. Attack and Defend is a challenging new mission type where your mercenaries must destroy an enemy's base to stop a steady stream of attackers before they can overcome your forces and knock out your employer's base.

Where can I buy a BattleTech Urban Warfare Key?

With GameGator, you are able to compare 16 deals across verified and trusted stores to find the cheapest BattleTech Urban Warfare Key for a fair price. All stores currently listed have to undergo very specific testing to ensure that customer support, game deliveries, and the game keys themselves are of the highest quality. To sweeten the deal, we offer you specific discount codes, which you will not be able to find anywhere else. This allows us to beat all competitor prices and provide you with the cheapest, most trustworthy deals. If the current cheapest price of $1.25 for BattleTech Urban Warfare is too high, create a price alert and we will alert you through email, SMS, or discord the moment the BattleTech Urban Warfare price matches your budget.

Can I play BattleTech Urban Warfare immediately after the purchase?

What store should I choose for the best BattleTech Urban Warfare Deal?