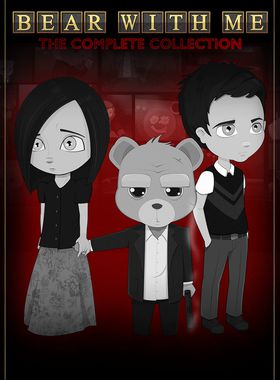 About Bear With Me

Bear With Me is an episodic noir adventure game. Amber is trying to find her missing brother while being aided by her trusty teddy, Ted E. Bear.

Being haunted by nightmares, Amber wakes up in the middle of the night only to find out that her brother Flint is missing. She seeks help from her trusted teddy, Ted E. Bear, a retired grumpy old detective.

The dynamic duo sets out to hunt for clues and interrogate all the witnesses and suspects unaware of the dangers that recently started happening to residents of Paper City.

The plot thickens as a mysterious "red man" has been seen starting fires around Paper City and looking for little miss Amber.

Where can I buy a Bear With Me Key?

With GameGator, you are able to compare deals across verified and trusted stores to find the cheapest Bear With Me Key for a fair price. All stores currently listed have to undergo very specific testing to ensure that customer support, game deliveries, and the game keys themselves are of the highest quality. To sweeten the deal, we offer you specific discount codes, which you will not be able to find anywhere else. This allows us to beat all competitor prices and provide you with the cheapest, most trustworthy deals. If the current cheapest price for Bear With Me is too high, create a price alert and we will alert you through email, SMS, or discord the moment the Bear With Me price matches your budget.

Can I play Bear With Me immediately after the purchase?

What store should I choose for the best Bear With Me Deal?