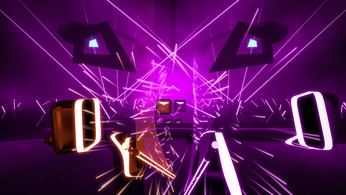 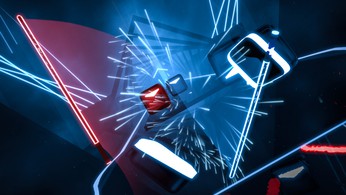 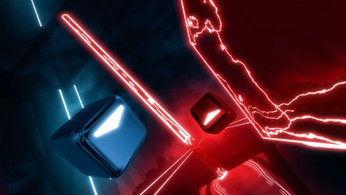 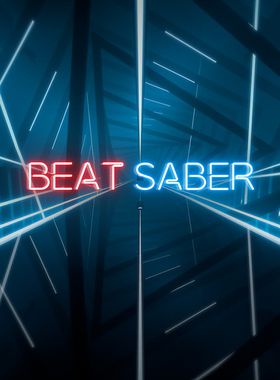 In Beat Saber, fat electro beats merge with sweat-inducing lightsaber choreographies, which at higher levels of difficulty can certainly be called a real workout in VR. This is mainly due to the fact that the simple but captivating game principle not only incorporates precision and rhythm, but also big movements. Furthermore, loud headphones will definitely make you sink into this abstract game with its stylish world of music within a few seconds. The songs are almost perfectly tuned to the well thought-out punch combinations and the play of colours within the minimalistic backdrop make for a fun gameplay experience.

Combine all of this with a cheap price and you are all set up to dive into a beautifully designed world with your sabers ready to take on any rhythm.

Where can I buy a Beat Saber Key?

With GameGator, you are able to compare 10 deals across verified and trusted stores to find the cheapest Beat Saber Key for a fair price. All stores currently listed have to undergo very specific testing to ensure that customer support, game deliveries, and the game keys themselves are of the highest quality. To sweeten the deal, we offer you specific discount codes, which you will not be able to find anywhere else. This allows us to beat all competitor prices and provide you with the cheapest, most trustworthy deals. If the current cheapest price of $25.70 for Beat Saber is too high, create a price alert and we will alert you through email, SMS, or discord the moment the Beat Saber price matches your budget.

Can I play Beat Saber immediately after the purchase?

What store should I choose for the best Beat Saber Deal?