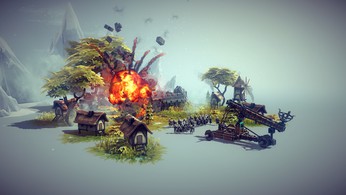 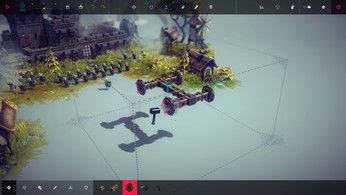 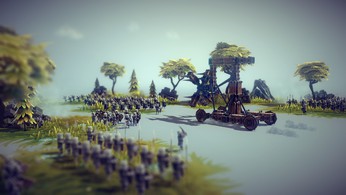 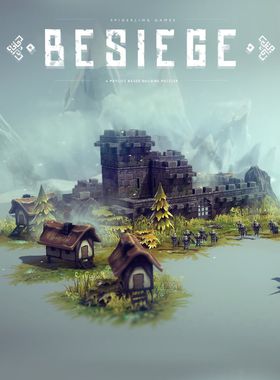 Besiege is a physics based building game in which you construct medieval siege engines and lay waste to immense fortresses and peaceful hamlets. Build a machine which can crush windmills, wipe out battalions of brave soldiers and transport valuable resources, defending your creation against cannons, archers and whatever else the desperate enemies have at their disposal. Create a trundling behemoth, or take clumsily to the skies, and cause carnage in fully destructible environments. Ultimately, you must conquer every Kingdom by crippling their castles and annihilating their men and livestock, in as creative or clinical a manner as possible!

Battle against other players in custom arenas or team up with your friends to destroy armies of knights, obliterate fortresses and sack settlements, by travelling through into the Multiverse! Download other player's war machines, levels, skins and even mods through the Steam workshop to further customize your playing experience!

Can't find what you are looking for? Build it yourself! In the level editor, you decide where players spawn, what the objective is and what it looks like. Adding sheep and peasants will bring a level of charm to your game but archers or yak-bombs will challenge your players as they attempt to complete the objective.

Where can I buy a Besiege Key?

With GameGator, you are able to compare 17 deals across verified and trusted stores to find the cheapest Besiege Key for a fair price. All stores currently listed have to undergo very specific testing to ensure that customer support, game deliveries, and the game keys themselves are of the highest quality. To sweeten the deal, we offer you specific discount codes, which you will not be able to find anywhere else. This allows us to beat all competitor prices and provide you with the cheapest, most trustworthy deals. If the current cheapest price of $6.60 for Besiege is too high, create a price alert and we will alert you through email, SMS, or discord the moment the Besiege price matches your budget.

Can I play Besiege immediately after the purchase?

What store should I choose for the best Besiege Deal?