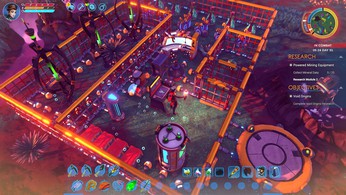 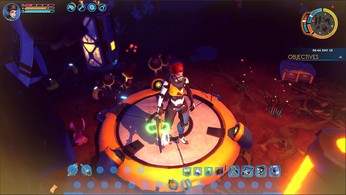 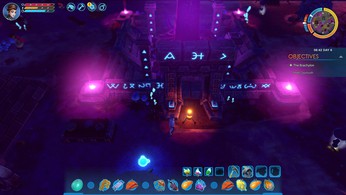 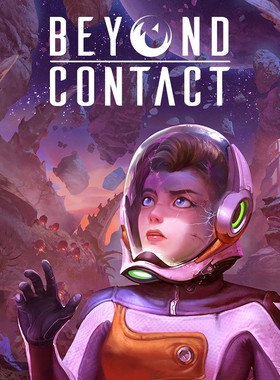 Beyond Contact is a fiercely formidable survival game, inspired by the art and style of pulp science-fiction comics, the moral dilemmas of contemporary science-fiction films, and the unforgiving gameplay of survival genre classics. Taking place on the often mysterious and always deadly, procedurally-generated, alien world of Ketern, Beyond Contact features exploration and discovery, a robust system of research and crafting, intuitive base building and defense, farming and creature feeding, narrative-driven objectives to save the inhabitants of the planet, and enough flora, fauna, extreme weather, and environmental hazards to kill even the toughest players 1000 times over... and trust us if the planet gets the chance, it will.

Your Adventure Starts Now! In the year 2766, Quinn Hicks an elite member of Space Corps, the expeditionary arm of the UWC, is called in to respond to a growing crisis at the edge of known space. The planet of Ketern is breaking apart, a yet unknown energy source emanating from the planet's interior is threatening the civilization that calls Ketern home...

Beyond Contact offers Campaign and Endless game modes for both solo and cooperative multiplayer experiences. Can you survive the dynamically diverse, robustly detailed, and unquestionably deadly world of Ketern? Utilize your Space Corps-issued equipment, weapons, and AtmoSuits to explore the diverse alien environments, discover extraordinary creatures and unusual plants, and eventually come face to face with the ancient civilization of Ketern.

Scan, collect, mine, and scavenge the planet's exotic materials while utilizing the deep and rewarding research and crafting system to survive and thrive the dying planet and its often aggressive inhabitants. Build, expand, and defend your base of operations, while pushing the unique power grid system to its limits. Collaborate with alien civilizations, discover previously unknown technology, and uncover the truth of the planet's demise along your journey to help the locals.

With GameGator, you are able to compare 8 deals across verified and trusted stores to find the cheapest Beyond Contact Key for a fair price. All stores currently listed have to undergo very specific testing to ensure that customer support, game deliveries, and the game keys themselves are of the highest quality. To sweeten the deal, we offer you specific discount codes, which you will not be able to find anywhere else. This allows us to beat all competitor prices and provide you with the cheapest, most trustworthy deals. If the current cheapest price of $12.69 for Beyond Contact is too high, create a price alert and we will alert you through email, SMS, or discord the moment the Beyond Contact price matches your budget.

Can I play Beyond Contact immediately after the purchase?

What store should I choose for the best Beyond Contact Deal?