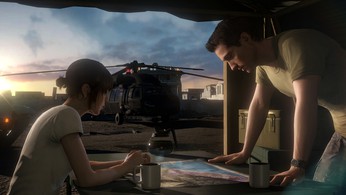 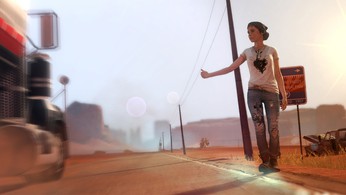 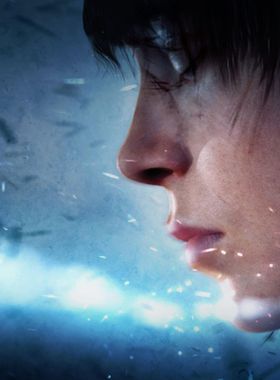 About Beyond: Two Souls

"Beyond: Two Souls" is the latest title from Quantic Dream, who is also responsible for Fahrenheit and the interactive thriller Heavy Rain. Like its predecessors, "Beyond: Two Souls" can be called an interactive movie. Here the game scenes run like a feature film, and the player can control the protagonist's actions and influence his decisions. For "Beyond: Two Souls", however, this time, real Hollywood stars were cast so that you can see Willem Dafoe as Nathan Dawkins and Ellen Page in the female lead Jodie Holmes. Since her childhood, Jodie has had an invisible companion who is connected to her. This existence Aiden can interact with objects and people in Jodie's environment. Because of this peculiarity, Jodie's life does not run as it is normal for young girls. She grew up on a military base, later she joined the CIA, and because of her gift, she has difficulties in building relationships and friendships. While the government is trying to control the Infrawelt, the world of ghosts, Jodie is usually the only one who can repair the damage with Aiden's help. However, the individual stages of Jodie's life do not run chronologically. The player jumps back and forth between the age sections, to finally unravel the mystery of Jodie and Aiden. "Beyond: Two Souls" is rightly reviewed as an interactive film. The cinematic sequences outweigh the playful moments, giving the player the feeling of watching a movie in which he can actively intervene. Well-known Hollywood actors further enhance this aspect. However, the active intervention of the player in "Beyond: Two Souls" only results in limited changes in the chapters, but is somewhat irrelevant for the main story. The immersion, identification with the character, with protagonist Jodie Holmes works perfectly by playing throughout her entire life. There are only a few happy moments in Jodie's life, and even above these, there is an oppressive atmosphere, or they end in disaster. The leitmotifs of life and death run through the game and eventually run like a whirlpool towards the showdown.

Where can I buy a Beyond: Two Souls Key?

With GameGator, you are able to compare 38 deals across verified and trusted stores to find the cheapest Beyond: Two Souls Key for a fair price. All stores currently listed have to undergo very specific testing to ensure that customer support, game deliveries, and the game keys themselves are of the highest quality. To sweeten the deal, we offer you specific discount codes, which you will not be able to find anywhere else. This allows us to beat all competitor prices and provide you with the cheapest, most trustworthy deals. If the current cheapest price of $6.09 for Beyond: Two Souls is too high, create a price alert and we will alert you through email, SMS, or discord the moment the Beyond: Two Souls price matches your budget.

Can I play Beyond: Two Souls immediately after the purchase?

What store should I choose for the best Beyond: Two Souls Deal?