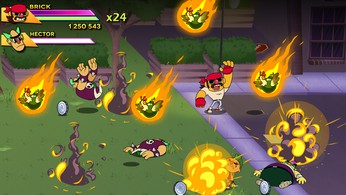 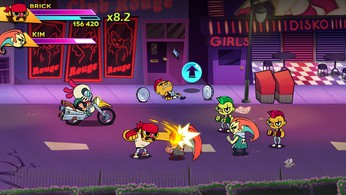 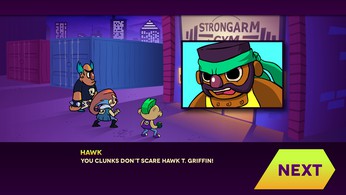 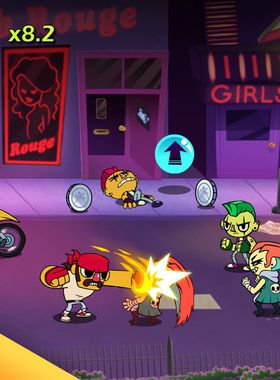 Big Action Mega Fight! is a classic single player beat em up/brawler with a modern twist! Hilarious 2D cartoon combat will leave you with your jaw on the floor and your hands full of blisters. Blast your way through levels filled with luscious art and unforgettable enemies. How fast can you SMASH?

Megatropolis is overrun with a new vicious criminal gang, the Clunks. You play as Brick Strongarm, a killer-moustache-sporting, iron-pumping gym aficionado with a penchant for lazy Sundays. But when the Clunks kidnap your best friend Hawk, justice calls. Get out there, rescue your friend, and save the city from crime and corruption!

BAMF! is an homage to classic 90s beat em ups like Double Dragon and Streets of Rage, where intense cartoon combat meets tight controls and a satisfying difficulty curve.

Where can I buy a Big Action Mega Fight! Key?

With GameGator, you are able to compare 6 deals across verified and trusted stores to find the cheapest Big Action Mega Fight! Key for a fair price. All stores currently listed have to undergo very specific testing to ensure that customer support, game deliveries, and the game keys themselves are of the highest quality. To sweeten the deal, we offer you specific discount codes, which you will not be able to find anywhere else. This allows us to beat all competitor prices and provide you with the cheapest, most trustworthy deals. If the current cheapest price of $0.92 for Big Action Mega Fight! is too high, create a price alert and we will alert you through email, SMS, or discord the moment the Big Action Mega Fight! price matches your budget.

Can I play Big Action Mega Fight! immediately after the purchase?

What store should I choose for the best Big Action Mega Fight! Deal?