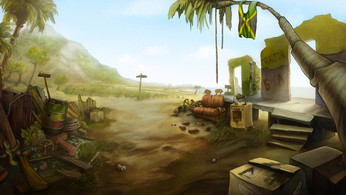 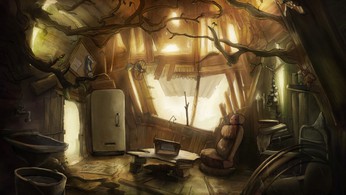 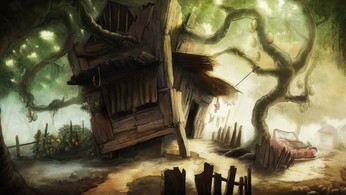 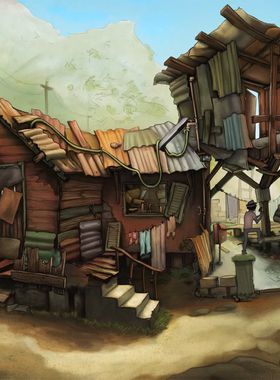 Become a Jamaican Reggae legend in an adventure game co-designed by Corey and Lori Cole (Creators of Quest for Glory series).

Bolt Riley, is a classic 2D point and click adventure game where you play as Bolt Riley, a poor boy from Trenchtown, Jamaica, on his pathway to stardom.

Bolt is struggling to survive and has to deal with a gang of Rude Boys. You go through a journey of self discovery, of love, friendship, and inspiration where you are introduced to Reggae music, you have to form your band, get inspiration, write and produce your songs and then perform them. The story consists of different chapters each focusing on a different aspect of Bolt Riley's passage into becoming a Reggae legend.

This is the story of the underdog who breaks out and becomes a worldwide sensation.

The game features hand drawn 2D background artwork and hand drawn cel animation. It combines all the elements of a classic point and click adventure game and includes funny dialog puzzles, exploration, wacky inventory items, and of course, a rope. Bolt can use special Inspirational powers he learned during his journeys.

All the music of the game was originally composed especially for it.

Bolt Riley chapter 1 – is only the first installment in the story of Bolt Riley, and only the beginning of a longer story.

Where can I buy a Bolt Riley, A Reggae Adventure Chapter 1 Key?

With GameGator, you are able to compare 2 deals across verified and trusted stores to find the cheapest Bolt Riley, A Reggae Adventure Key for a fair price. All stores currently listed have to undergo very specific testing to ensure that customer support, game deliveries, and the game keys themselves are of the highest quality. To sweeten the deal, we offer you specific discount codes, which you will not be able to find anywhere else. This allows us to beat all competitor prices and provide you with the cheapest, most trustworthy deals. If the current cheapest price of $4.99 for Bolt Riley, A Reggae Adventure is too high, create a price alert and we will alert you through email, SMS, or discord the moment the Bolt Riley, A Reggae Adventure price matches your budget.

Can I play Bolt Riley, A Reggae Adventure Chapter 1 immediately after the purchase?

What store should I choose for the best Bolt Riley, A Reggae Adventure Chapter 1 Deal?

There are many details that you might want to go through before settling on the deal of your choosing. If you are looking for a special Edition, such as Chapter 1, you can select these in our menu. When it comes to the actual stores, we made sure that you will never get overcharged/neglected. As we care about your satisfaction, we like to ensure that all deals are legitimate, reliable, and foolproof. On top of that, we make sure all stores affiliated with us have proper refund processes and guarantees and are backed by a competent team to ensure that absolutely nothing will go wrong.