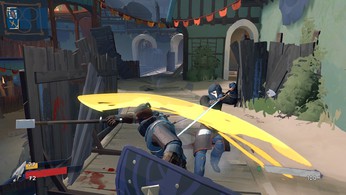 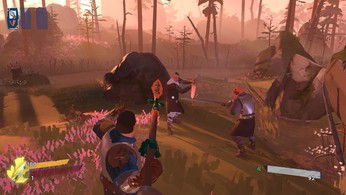 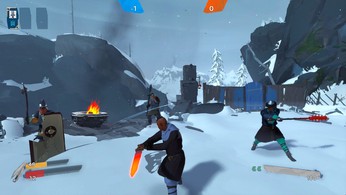 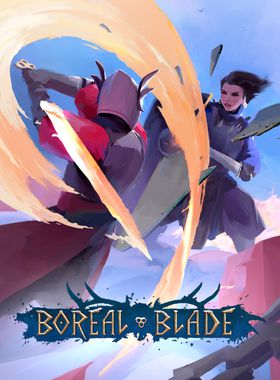 Boreal Blade is a team-based melee fighting game with a focus on player vs player combat, combining reactionary and tactical gameplay with extraordinary freedom to variate your attacks and develop your unique fighting style. The game features four distinctive fighting styles with the possibility to choose between one-handed and two-handed weapons, a shield and a weapon combo, long thrusting pole weapons and fighting unarmed. Players can even throw items during battle! Three armour classes with their strengths and weaknesses are also included to guarantee a varied, ever-alterable fighting experience. Arm yourself and prepare to dive into the battle!

Complete freedom of attack and block direction performed with simple controls, allowing players to concentrate on their battle tactics and series of manoeuvres and to control the flow of the battle. There are hundreds of ways to variate attacks and players have complete freedom to move the weapon and player character around, encouraging them to experiment and find the fighting style that suits them best.

Players can charge into combat together with their clan mate warriors in Team Deathmatch and Boreal Battle modes where two teams go up against each other. Boreal Claim mode consists of two teams who take turns attacking or defending a banner against the other team. In Deathmatch it is everyone for themselves – the first warrior to get 20 kills wins the match!

Where can I buy a Boreal Blade Key?

With GameGator, you are able to compare 10 deals across verified and trusted stores to find the cheapest Boreal Blade Key for a fair price. All stores currently listed have to undergo very specific testing to ensure that customer support, game deliveries, and the game keys themselves are of the highest quality. To sweeten the deal, we offer you specific discount codes, which you will not be able to find anywhere else. This allows us to beat all competitor prices and provide you with the cheapest, most trustworthy deals. If the current cheapest price of $0.21 for Boreal Blade is too high, create a price alert and we will alert you through email, SMS, or discord the moment the Boreal Blade price matches your budget.

Can I play Boreal Blade immediately after the purchase?

What store should I choose for the best Boreal Blade Deal?