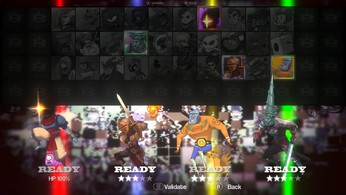 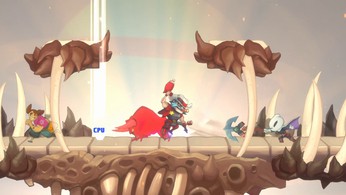 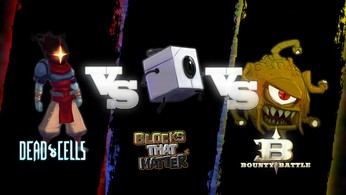 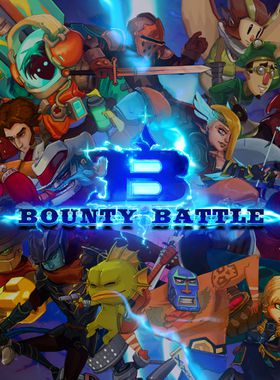 Bounty Battle is the ultimate indie fighting game: a new 2D fighter, where you can pit your favourite indie heroes against one another! Indie heroes from games like Guacamelee! and Darkest Dungeon, to Dead Cells, Owlboy & more battle it out in this fighter frenzy. Bounty Battle features 20+ characters, each with their own Minion companion and unique abilities. Battle across levels inspired from the characters' own game worlds with up to 3 other players.

A supernatural event of unknown origin caused huge vortexes to form across the multiverse. It selected the greatest warriors from each world, and bestowed upon them magical powers. Each world has its eye on the prize, fighting for ultimate control over the multiverse… with their own respective champions – who also happen to have a bounty placed on their head! Now is the time to decide who will control the Universe. All worlds collide in this final confrontation to determine the fate of the Universe.

Where can I buy a Bounty Battle Key?

With GameGator, you are able to compare 9 deals across verified and trusted stores to find the cheapest Bounty Battle Key for a fair price. All stores currently listed have to undergo very specific testing to ensure that customer support, game deliveries, and the game keys themselves are of the highest quality. To sweeten the deal, we offer you specific discount codes, which you will not be able to find anywhere else. This allows us to beat all competitor prices and provide you with the cheapest, most trustworthy deals. If the current cheapest price of $8.71 for Bounty Battle is too high, create a price alert and we will alert you through email, SMS, or discord the moment the Bounty Battle price matches your budget.

Can I play Bounty Battle immediately after the purchase?

What store should I choose for the best Bounty Battle Deal?