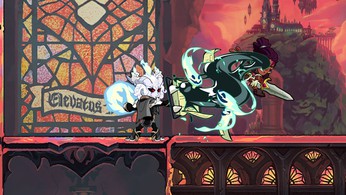 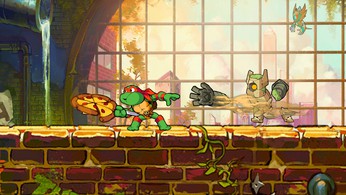 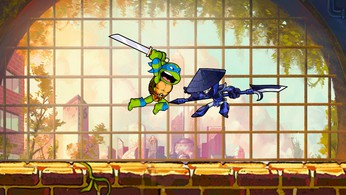 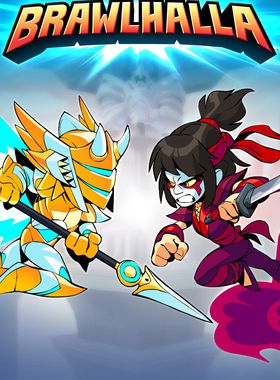 With Brawlhalla, it is action-packed, typical for the genre. The game world is minimal. You can choose from many scenarios, but these only consist of one fixed picture. So it doesn't go right, left, up or down. The players fight with their chosen characters against other players or the computer. Different weapons can be used as a war hammer, a magic horn, or bow and arrow. These weapons appear again and again in the game, so it is possible to change the gun in the game. There are also particular movements which, combined with the weapon attacks, cause the opponent to fall out of the screen. After that, he appears again and fights again without a weapon at the beginning. If this happens three times, the character in question is out. The last one left wins the game. Brawlhalla is a fast, action-packed game, which inspired the testers with its speculative attacks. If you look at it as an eSports or tournament game, it can be captivating for a long time. Brawlhalla has no legal age rating from the USK. The cartoon-style presentation makes it look as violent as the TV series Tom and Jerry, for example.

Where can I buy a Brawlhalla Key?

With GameGator, you are able to compare deals across verified and trusted stores to find the cheapest Brawlhalla Key for a fair price. All stores currently listed have to undergo very specific testing to ensure that customer support, game deliveries, and the game keys themselves are of the highest quality. To sweeten the deal, we offer you specific discount codes, which you will not be able to find anywhere else. This allows us to beat all competitor prices and provide you with the cheapest, most trustworthy deals. If the current cheapest price for Brawlhalla is too high, create a price alert and we will alert you through email, SMS, or discord the moment the Brawlhalla price matches your budget.

Can I play Brawlhalla immediately after the purchase?

What store should I choose for the best Brawlhalla Deal?