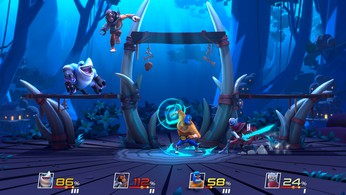 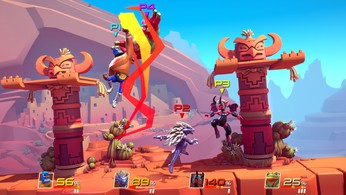 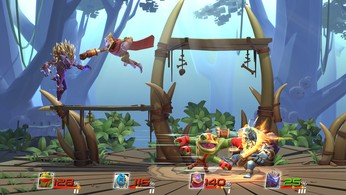 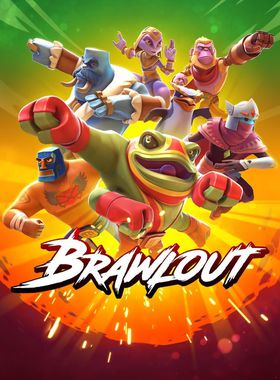 A new challenger has appeared in the platform fighter arena! Brawlout packs a punch with couch and online play modes, blending platform fighter mechanics and traditional fighting game play into a stylish and fluid battle royale.

Striking the balance between the growing competitive scene and the genre's party game roots, Brawlout hopes to cater to the veteran platform fighter, the casual fan and the newcomer looking to make their mark. Each character in Brawlout has their own unique playstyle, catering to specific character archetypes seen in other fighters. Whether you're a die-hard grappler or a rushdown fiend, there is a fighter for you in Brawlout.

There are currently six original characters and four popular indie characters to choose from that allow for varied play styles:As well as cosmetic skins, each original Brawlout character has three Variants; alt versions of the character with different stats, outfits and even new moves. With these Variants, Brawlout's cast numbers 25 individual fighters. Find the fighter and Variant that's right for you and tear it up on the battlefield.

Where can I buy a Brawlout Key?

With GameGator, you are able to compare 8 deals across verified and trusted stores to find the cheapest Brawlout Key for a fair price. All stores currently listed have to undergo very specific testing to ensure that customer support, game deliveries, and the game keys themselves are of the highest quality. To sweeten the deal, we offer you specific discount codes, which you will not be able to find anywhere else. This allows us to beat all competitor prices and provide you with the cheapest, most trustworthy deals. If the current cheapest price of $1.09 for Brawlout is too high, create a price alert and we will alert you through email, SMS, or discord the moment the Brawlout price matches your budget.

Can I play Brawlout immediately after the purchase?

What store should I choose for the best Brawlout Deal?