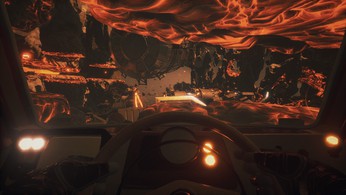 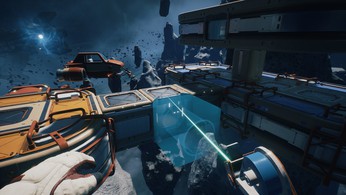 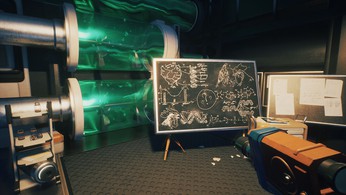 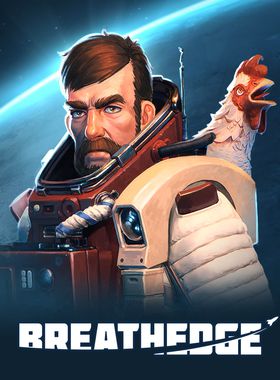 Breathedge is an ironic outer space survival adventure game. Take on the role of a simple guy called the Man who is just carrying his grandpa's ashes to a galactic funeral and suddenly finds himself in the middle of a universal conspiracy.

A massive space hearse suffers a wreck in the deep space, leaving the area filled with debris, coffins, dead passengers and yourself. Survive in this interstellar dump, uncover a global conspiracy, save the princess and don't break your fingers while tapping the keyboard as you travel around the world (keeping your display on for full immersion is advised).

It took a long time for our ancestors to develop because they had no electrical tape. You have it and you know how to use it. With this magical artifact, you can create a vast variety of useless objects and throw them out of the airlock! There are also many useful items to be created, but be careful as this may result in completing the game.

When all your neighbors just hover around in vacuum doing nothing but playing dead, various tools and gears will help you become the worst noisy neighbor ever. Create a unique space station, provide it with oxygen and electricity, install all kinds of equipment from solar panels to a hamster farm, and turn it into a real bachelor pad by stuffing it with furniture mixed with all kinds of junk.

Where can I buy a Breathedge Key?

With GameGator, you are able to compare 21 deals across verified and trusted stores to find the cheapest Breathedge Key for a fair price. All stores currently listed have to undergo very specific testing to ensure that customer support, game deliveries, and the game keys themselves are of the highest quality. To sweeten the deal, we offer you specific discount codes, which you will not be able to find anywhere else. This allows us to beat all competitor prices and provide you with the cheapest, most trustworthy deals. If the current cheapest price of $2.98 for Breathedge is too high, create a price alert and we will alert you through email, SMS, or discord the moment the Breathedge price matches your budget.

Can I play Breathedge immediately after the purchase?

What store should I choose for the best Breathedge Deal?