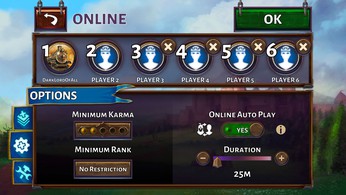 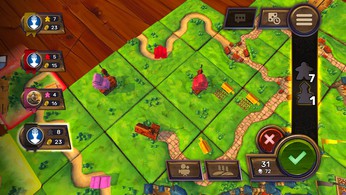 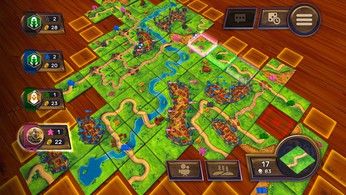 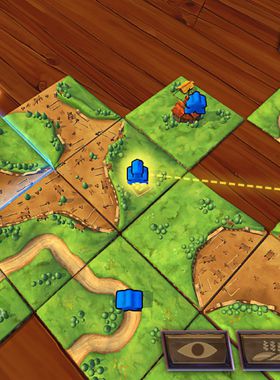 Carcassonne is a modern classic tile-placement game based on the award wining game in which the players draw and place a tile with a piece of southern French landscape on it. The tile might feature a city, a road, a cloister, grassland or some combination thereof, and it must be placed adjacent to tiles that have already been played, in such a way that cities are connected to cities, roads to roads, et cetera. The player can then decide to place one of his followers, so called Meeples, on one of the areas on it: on the city as a knight, on the road as a robber, on a cloister as a monk, or on the grass as a farmer. When that area is complete, that meeple scores points for its owner. Each new game is a new experience thanks to the ever-changing landscape.

Where can I buy a Carcassonne - Tiles & Tactics Key?

With GameGator, you are able to compare 12 deals across verified and trusted stores to find the cheapest Carcassonne - Tiles & Tactics Key for a fair price. All stores currently listed have to undergo very specific testing to ensure that customer support, game deliveries, and the game keys themselves are of the highest quality. To sweeten the deal, we offer you specific discount codes, which you will not be able to find anywhere else. This allows us to beat all competitor prices and provide you with the cheapest, most trustworthy deals. If the current cheapest price of $3.07 for Carcassonne - Tiles & Tactics is too high, create a price alert and we will alert you through email, SMS, or discord the moment the Carcassonne - Tiles & Tactics price matches your budget.

Can I play Carcassonne - Tiles & Tactics immediately after the purchase?

What store should I choose for the best Carcassonne - Tiles & Tactics Deal?